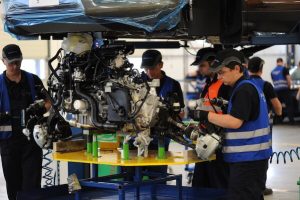 Polish transport and logistics firm, Adampol, has resumed services for semi-knockdown (SKD) vehicle shipments out of its facility in Małaszewicze in eastern Poland, near the border with Belarus.

Adampol is dismantling vehicles there and loading sub-assemblies into containers for several major European carmakers, though it would not divulge which ones. Its facility there can handle up to 3,200 such units a month with a team of 250-300 and Adampol said it was seeing renewed demand for the service.

The company has been offering SKD services out of the logistics centre in Małaszewicze since 2012, subject to specific contracts with customers. The last contract ended in 2017 but there has been a renewed interest in SKD shipments and a spokesperson for Adampol said it was implementing further long-term projects this year, based on its success last year.

There are a number of reasons why SKD services are in demand, added the spokesperson. Containerised kit imports are less expensive than finished vehicles because of the differing tax rates applied to components. It is also a way of reducing production costs or providing interim supplies of vehicles to a new market while full production facilities are being built.

While SKD shipments may initially be cumbersome compared to direct vehicle shipments, Adampol maintains they provide savings and higher profits later on and lead to the creation of jobs, material suppliers and new logistics services.

“The knockdown process takes longer than direct finished vehicle supply,” said the spokesperson, “[but] it leads to savings because of the lower tax applied to car imports in parts rather than finished vehicles.”