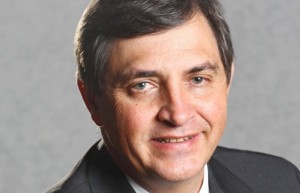 South Africa’s automotive industry could face significant declines should the market fail to address issues including a lack of supply chain localisation, high costs and logistics disadvantages. Despite close access to fast-growing African markets, speakers at the recent South African Automotive Week warned that the country could share a similar fate to Australia, where OEMs are planning to end production.

As things stand now, van Zyl said, there is no real reason for outside investors to manufacture in South Africa. The country does not measure up to its competitors in developing markets. Its labour costs are the highest of the BRICS nations, he said, referring to the group of countries that include Brazil, Russia, India, China and South Africa. The country has also been plagued by a series of industrial action among vehicle assembly workers and supplier production.

South Africa is also geographically distant from the US and Europe, which means disparate component supply networks and longer lead times for finished vehicles. “Logistics is an area where we really struggle to compete,” van Zyl added.

While vehicle sales have grown for the past four years in South Africa, they are on pace to decline by about 4.5% this year as a result of sluggish economic growth this year, according to Naamsa. While production is recovering from the declines in earlier quarters during the strikes, overall output and exports are also heading for declines this year. In the first nine months of the year, exports to the rest of Africa were down 23% to 46,016 units; to North America were down 24% to 39,052; and also down Asia by 12% to 21,740. Exports to Europe, the largest destinations, were up 21% to 70,832 vehicles, according to Naamsa.

On the doorstep to growth

However, all is not lost. Proximity to a market of nearly one billion people in Africa would be a compelling advantage if it could be properly exploited, he said. Nigeria, for example, is now the largest and fastest growing economy in Africa and is expected to see substantial automotive growth.

Professor Justin Barnes, director of Benchmarking and Manufacturing Analysts, pointed out that South Africa stands a much better chance of serving growing markets in Africa than Australia did to its neighbours in the Asia Pacific region, for example. “We are in a very, very good neighbourhood,” he said.

Another advantage for the South African automotive industry is a strong network of OEMs and an advanced logistics chain to back it up, said van Zyl. “These took 50 years and hard work to build up,” he said. “These don’t happen overnight.”

While South Africa has an established supply base, it still depends on a relatively high level of material imports, which have been impacted by declines in the rand this year. However, van Zyl suggested that to move ahead and overcome the logistical challenge of import/export costs and time, the country should turn to its true advantage: its mineral wealth. The country has large iron ore resources and the world’s largest body of platinum.

“We have all the raw materials we need here,” said van Zyl. “Unfortunately, it’s much easier to dig it out of the ground and ship it away than it is to process it here. We need to be doing more to beneficiate local minerals to the benefit of our industries.”

In raising this point van Zyl touched on a longstanding and hard-fought issue between the mining industry and pretty much everyone else, which is that local users have to pay the same price as their competitors overseas for raw materials procured within South Africa. 'Beneficiation' refers to the way raw minerals are treated to improve their properties.

“The value of components lives in labour and materials. We should be doing more to ensure we have an advantage using locally procured materials. Beneficiation is our biggest opportunity,” van Zyl added.

A full report on the South Africa Automotive Week, held in Johannesburg, will be published online in the coming days.