Aiming to go the distance 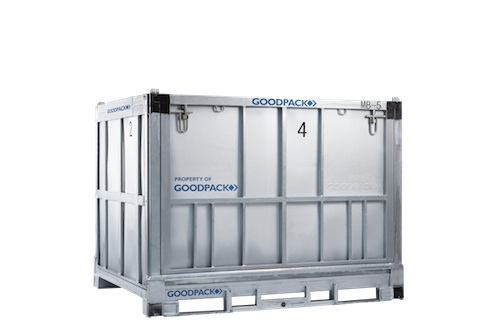 Reusable packaging is on the rise in international supply chains for tier ones. Executives are also interested in returnable pools, though they remain difficult over long distances

The tier one supply chain, both inbound and outbound, continues to grow more complex. As tier suppliers respond to OEMs’ global platforms – whether from a single location across regions or from localised plants – the supply chain often has an intercontinental axis, with many parts exchanged between major regions.

These exchanges beg the question of whether tier suppliers could use more returnable packaging across long supply chains, rather than the current predominance of cardboard as primary packaging for international flows. Industry sources agree that, for the most part, returnable packaging has not proven to be cost effective for shipping overseas, with manufacturers struggling to track and collect this equipment.

However, there is a growing desire for change among tier suppliers, who see limits in the use of cardboard and other expendable packaging. Martin Weiss, manager of corporate logistics for Mahle Behr USA, says these methods create a number of challenges, including limited stackability and quality issues such as part deformation if the packaging collapses during handling or transport.

While returnable containers might still be problematic for many supply chains, reusable packaging – which may be repacked in local regions by different companies, whether in automotive or other sectors – is becoming more popular. Among the successful examples in the automotive industry has been equipment such as that offered by Goodpack, whose steel boxes can help improve pack density in sea containers and may be hired at points of origin or destination.

Even with some equipment on the rise, experts at packaging consultancy Surgere estimate that less than 5% of automotive packaging that moves overseas is reusable. “The economics of empty container returns for the ‘smaller’ components that are more typical in tier one supply chains very rarely enable pure economic gain, due to the high cost of the returns,” admits the company’s president and CEO William Wappler.

However, Surgere is seeing and forecasting increases in reusable container use from Asia to North America – primarily from China and India to the US and Mexico. It also predicts an increase in activity to and from Europe, which is driven as much by regulatory activities as by direct packaging cost economics, according to Wappler.

Those companies increasing or exploring the use of returnable or reusable packaging across international supply chains include Magna International between Europe and the Americas, as well as body-in-white supplier Linde + Wiemann, particularly for supplying Mercedes-Benz production.

According to Wappler, Surgere is experiencing renewed and increased enquiries about the use of international returnable containers; there is also greater focus on packaging material quality controls for shipments from emerging markets.

“There are enough examples of successful and failed international packaging and shipping scenarios that now allow us to incorporate business case mirroring to support and challenge proposed pathways. Many times, the challenge is to break out of corporate myopia and seek viable alternatives through outside networks,” says Wappler.

Wappler suggests that, when it comes to international shipping strategies, most companies lack the experience or data to analyse their options fully. “As a result, a complex topic is presented as ‘should we use reusable containers or expendable containers between Asia and Mexico,’ as an example,” he says. “The question is rarely that simple.”

One company in the midst of studying the potential for returnable and reusable packaging in international flows is Magna International, which operates more than 120 plants in North America and some in South America. According to Bridget Grewal, Magna’s packaging continuous improvement manager (who used to work for Surgere), it is looking at one-way container rental to replace corrugated crates and is currently analysing shipments from four or five plants in Europe to North America through pooled systems such as those offered by Chep.

Currently, however, Magna does not use returnable containers for shipping overseas. Grewal says that the main reasons for this are costs and the need to maintain control of the container. “There are so many ports involved that the containers become lost. The lead time is five weeks, which includes three weeks on the water. Then, we are responsible for the two-way transportation,” she comments.

Another issue is the size difference in standard boxes used between Europe and North America, which could lead to lower rates of pack density for North American trucks carrying European material and vice-versa. “Since sea containers are the same size, we can cube them out either way. If the sea container goes all the way to the plant, then we can use the existing pallets, etc. However, if the [plastic] containers are consolidated in a truck, then the entire equation changes,” says Grewal.

Another issue is extra handling of material at the plant. Boxes that would cube out an ocean container are generally too big for use at the production line, so the material must be rearranged before moving to the line.

Fundamentally, the question of long-distance returns comes down to transport costs. “Logistics is driving the ship. The question is whether transportation costs are low enough to return the containers. Then, from there, we can design the packaging,” say Grewal.

There are other types of equipment that could drive such decisions. For example, Grewal points to a new product on the market that shows promise for overseas returnable usage: an expandable, polypropylene, knockdown, handheld container with a three-to-one return ratio. The equipment recently won a Magna Logistics Europe innovation award. 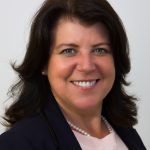 "We are still investigating the use of returnable containers and one-way rentals as alternatives for smaller parts. We are using Magna Europe’s database to understand North America’s requirements for returnable, expendable, or one-way rental containers."
- Bridget Grewal, Magna International

Magna’s plan is to first work on its Seating Group and then its Interior Group. “While we are unloading the data, we are also trying to look for quick wins in terms of packaging efficiency. Our goal is to bring 120 plants online with data completed within six months. This mature system will then analyse the data for packaging improvement opportunities,” says Grewal.

Unpacking all the options

Another company interested in moving beyond cardboard and increasing its use of reusable or returnable packaging is Mahle Behr USA, the US division of the German supplier. 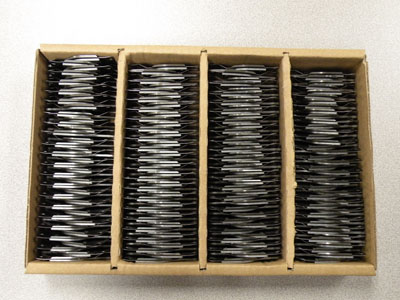 For its inbound overseas shipments to the US, Mahle Behr currently uses cardboard, bulk-sized containers and handheld totes, which are occasionally wood-reinforced. It also ships aluminium coils in wooden crates. On the outbound side, Mahle uses cardboard boxes for about 95% of its shipments, which Martin Weiss admits is an expensive system. It also uses Volvo Emballage containers and wooden boxes, the latter of which must conform to ‘phytosanitary’ requirements (relating to the health of plants and plant-related products), which Weiss says is an added issue.

Weiss points to transport risks in relying on cardboard packaging, including higher damage rates. On the other hand, heavy parts shipped in wooden crates or wood-reinforced packaging require significant effort to pack and unpack, while large cardboard containers are ergonomically challenging with respect to handling and accessibility. Furthermore, their expendability goes against Mahle Behr’s green logistics strategy, he says.

On the other hand, previous attempts at using rented, returnable polypropylene containers were not successful because of the effort involved in container and rental fee tracking. Weiss says part of the problem was that overseas containers were often mixed in with its national returnable fleet; a reduction in packing density compared to cardboard was another problem.

He adds that the company is nevertheless re-evaluating its options for using overseas returnable containers from providers such as Goodpack, Chep and Macro Plastics. As well as avoiding damage while stacking and loading containers, Weiss notes that returnable containers may reduce freight costs through higher pack density and higher stackability in ocean containers – particularly high cube containers. Better ergonomics, improved warehouse usage through higher stacking height, and waste reduction are also important advantages.

The company is investigating a number of systems, including container rentals from Goodpack for heavy casting parts from India and China. It is investigating particular routes, such as importing from Germany to the US, so that other entities could use them to export items back to Germany, for example. Another important consideration is whether to rent or own its containers.

Even as it continues to use cardboard packaging for overseas shipments, Mahle has been improving its quality. It is also looking into using sleeve packs for easier handling and reducing damage and contaminations to parts. “On the inbound side, we have done a significant redesign of overseas packaging to avoid shipping damage,” Weiss explains.

Weiss emphasises that the use of returnable containers overseas is still rare in the automotive market. Such containers need to improve with respect to pricing, availability, choice of sizes and standardisation of billing and tracking. He also believes that increased use among other companies will help improve the effectiveness of a returnable or reusable system. “Packaging will evolve in the use of collapsible containers for overseas shipping with an economical return ratio or a pooling system – hopefully with other companies,” says Weiss.

The examples of Mahle and Magna suggest that tier one suppliers want to move forward with their overseas packaging to create a more sustainable and less costly system. Returnable packaging systems that work domestically or even intra-continentally have different criteria for overseas viability, and are unlikely to work for every part and export route. Yet, the future is moving toward the greater use of reusable packaging overseas. (See case study below.)