American vistas of the Toyota way: A report in five parts 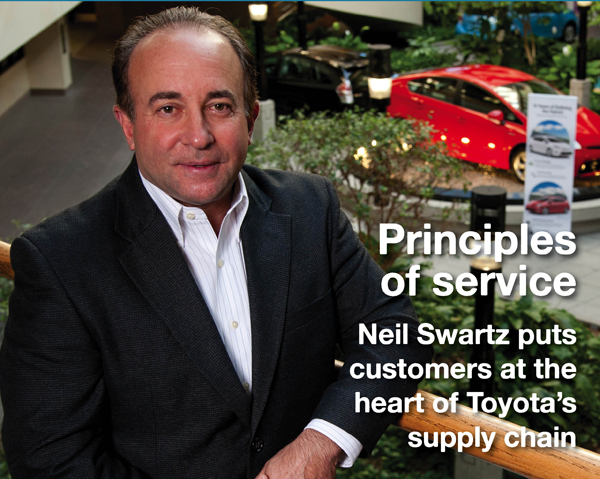 As Toyota’s largest global market, maintaining a fast, reliable supply of service parts and accessories across North America is critical to the carmaker’s business model. Spare parts sales add incremental profit to dealers and to Toyota alike, while their availability is essential to the company’s brand promise, from supporting vehicle warranties to providing customers with the best service and least disruption.

For Neil Swartz (left), who heads up Toyota’s North American Parts Operations, logistics can be a huge competitive advantage for service parts compared to other carmakers as well as independent and generic parts brands. That is why he wants to cut order lead times and increase delivery options across the region.

Speaking to Christopher Ludwig, Swartz and his team reveal how they are achieving these targets the ‘Toyota Way’. This exclusive report, which appears in full in the April-June 2015 issue of Automotive Logistics magazine, will be published in five parts on the website over the coming weeks.