Analysis: Mahindra Logistics invests in hope as much as assets

More than six months after the election of Narendra Modi in India, it may still be too early to determine whether the Modi government’s agenda is the right one for logistics. However, there are signs of life, including investment and acquisitions. For example, Mahindra Logistics Limited (MLL), the third party provider of the Mahindra Group, has had a busy year: it recently announced a joint venture partnership with Indian Vehicle Carriers that will target both finished vehicles and India’s massive two-wheeler market. The deal followed MLL’s earlier acquisition, also in 2014, of a majority stake in Lords Freight India, an international freight forwarder. 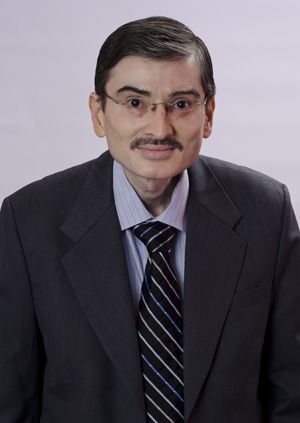 The joint venture with Indian Vehicle Carriers, in which MLL will have a controlling stake, will be called 2x2 Logistics; it will initially invest in 100 carriers that can handle both finished vehicles and two-wheelers. This will be the first time that MLL has direct access to transport assets, making it one of two OEM-owned providers this past quarter, including Hyundai Glovis in Europe, to invest in a company for its fleet. It is significant that Mahindra choose to do this for vehicle logistics.

“We started assetising more in the outbound sector because this is a large activity for us and will continue to be,” said Sushil Rathi, senior vice-president at Mahindra Logistics, who is responsible for managing the supply chain business (pictured).

Indian Vehicle Carriers is one of the leading outbound providers in India, and a long-term partner of MLL. “We have seen the company’s work, experience and knowledge from close quarters, and feel it will be an ideal partnership as Indian Vehicle Carriers brings the operative experience of the fleet, while we bring knowledge of customers, marketing acumen, IT systems etc.,” said Rathi.

As with the earlier Lords Freight acquisition, 2x2 Logistics will be managed as a separate brand. Rathi says this multi-brand strategy is a way for MLL to distinguish its services.

Mahindra Logistics, the parent company, has multiple activities, according to Rathi. “While this JV is specifically about operating car carriers, we do lots of outbound operations, hence we decided to keep the brands separate,” he said.

Outbound vehicle logistics accounts for around 40% of MLL’s revenue – the largest operation at the logistics company.

Recent months have shown at least small growth in Inda’s new vehicle market, however the growth is off of a low base following the lacklustre performance over the past few years. However, Rathi foresees a return to growth in the automotive industry. He suggests that the vehicle logistics segment could end up facing shortages in truck capacity after carriers reduced fleets during the downturn. Securing assets in time for recovery was a prime reason to invest in equipment.

“If you look at the different OEMs in India, they all have expansion plans for the future,” Rathi says. Amidst this expansion, MLL foresees a lack of specialised carriers in particular, such as those focused on different-sized vehicles.

“That’s why we thought it was the right time to move into assetising, so we can look at the design of the car carrier and give a different experience to OEMs,” he said.

Although Mahindra will have direct access to 100 trucks initially, Rathi says it will continue to subcontract truck fleets, while it is also open to new investment in equipment when required.

The joint venture will expose Mahindra to a host of potentially new customers across the Indian vehicle and two-wheeler market. However, compared to Hyundai Glovis in Europe,  which acquired Adampol in part as a springboard to third party business with OEMs outside the Hyundai Group, a significant proportion of MLL’s outbound vehicle logistics business is already outside the Mahindra Group.

“Currently in India, we are servicing companies like Hyundai, Toyota, Mitsubishi, Renault, Nissan, and in the two-wheel segment, companies like Yamaha. A large part of the business is outside Mahindra,” Rathi said.

The company is, of course, working with Mahindra & Mahindra’s automotive division, too. SK Krishnan, vice-president of demand chain management at the carmaker, sees the acquisition as a positive move.

“MLL has been providing us with an excellent integrated third party logistics solution spanning our supply chain,” he said. “With this step towards assetisation, we definitely foresee a significant improvement in flexibility and control over operations, as well as the ability to better manage seasonal variations.

“Through 2x2 Logistics, with its clear focus on innovation, quality and technology, MLL will be able to change the landscape of outbound automobile logistics. This JV will allow a greater degree of collaboration between and among vehicle manufacturers, a development we most keenly support and encourage.”

Two wheels are better than four

India is the world’s largest market for two-wheelers and second largest for motorcycles, so it is important that the carriers are adaptable for vehicles and motorbikes, said Rathi. Although the design will be flexible, neither load factors nor safety considerations will be sacrificed.

“The design will be such that it will be optimised for both four-wheel and two-wheel carrying capacity,” he pledged. 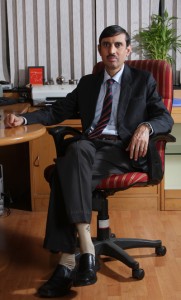 The company will be providing the correct fixtures for handling scooters or motorcycles, to reduce potential issues. “One key factor is to see how in-transit damages can be minimised for logistics operations, and this will definitely be taken into account while designing [carriers],” Rathi added.

The growth of the two-wheel sector, even as vehicle sales stagnated, has made it a more important pillar for the Mahindra Group. “We have an in-house business of Mahindra two-wheelers and gradually we are expanding by entering into deals with the other OEMs.

“We have business with Yamaha and believe the two-wheel industry, especially the outbound, will be a big business segment for our growing power,” Rathi said.

In October 2014, Mahindra & Mahindra’s automotive unit also bought a controlling stake in France’s Peugeot Scooters, giving Mahindra a European footprint and the French brand potential to expand its sales and production in India.

India’s economy and new vehicle market have yet to find a firm footing for full recovery, but there is still hope that the government will address India’s chronic infrastructure and logistics limits. Rathi acknowledges that congestion and inefficient toll and border crossings between states can hurt Mahindra’s operations.

“Road conditions are a concern, as are the various rules that state governments have about the entry of vehicles into their particular states. This creates problems as it adds to the time it takes to complete all the formalities,” he said. “We hope the new government – which is currently trying to streamline processes – will make transportation smoother.”

Critical to such improvements is the idea of a goods and service tax (GST) that would rationalise many government and state levies, which today hinder cross-state distribution and inventory in India. Experts suggest that if GST were to be finally implemented, it would boost manufacturing, support more efficient logistics – including rail flows – and make India a true common market.

"[GST is] a work in progress. What we understand is that the government is keen to implement it quickly. Once it’s done we’re hoping a lot of systems and processes will be streamlined and then start accruing both for us, and for our customers. " - Sushil Rathi, Mahindra Logistics

The idea has been around successive governments for the better part of a decade, but there had been little progress in negotiations between India’s central and state governments. The current administration, however, with support from the main opposition party, has put GST to the front of the agenda – although Rathi is not expecting a quick fix.

“[GST is] a work in progress,” he said. “What we understand is that the government is keen to implement it quickly. Once it’s done we’re hoping a lot of systems and processes will be streamlined and then start accruing both for us, and for our customers. However, it is too early to talk about it as there’s currently just intent from the government side.”

“We are looking at some other targets to expand organically also. Mahindra is looking to expand business into international territory, and we are actively working out our entry strategy for some other continents.”

The company also has an initial public offering scheduled for 2017, but Rathi insists the move is not about financial independence from Mahindra, but rather it is about acquiring the investment financing necessary to match its growth ambitions. For Mahindra, at least, it’s clear that there is still plenty of hope and promise in India.