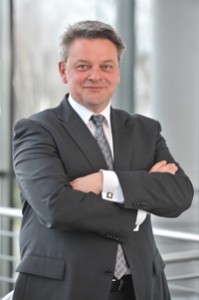 Andreas Wagner has had his contract as director of the logistics and transport divisions at Schnellecke Group extended for five years.

He has been a member of the board of management and chief operating officer since 2010. In January 2011 he took over responsibility for the transport and logistics divisions from Werner Olle, who retired. Since that time he has worked on developing the company by acquiring new business, implementing lean project management methods, and expanding the customer portfolio.

Nikolaus Külps, partner and chairman of the board, Schnellecke Group said, “We are continuing a very successful cooperation. With this decision, the supervisory board of the Wolfsburg-based family-owned company has confirmed their commitment to the direction, successfully taken together with Andreas Wagner, on the way to becoming on of the worldwide leading logistics services providers for the automotive industry.”

With a background in mechanical engineering, Wagner moved into the logistics business in 1996, working in a variety of management roles, including for the automotive industry. In 2002, he joined the former TNT Logistics Group, where first he was general manager for Automotive Logistics in Central and Eastern Europe. After the TNT logistics division was sold in 2007 and reformed as Ceva Logistics, he took on the additional responsibility for the Aviation Logistics and Corporate Sustainability divisions.

The Schnellecke Group has around 18,000 employees and is based in Wolfsburg, Germany. It is a globally active service provider in the logistics, production and transport sectors. Under the Group’s Logistics umbrella brand, it has a production portfolio covering the complete automotive logistics process chain.