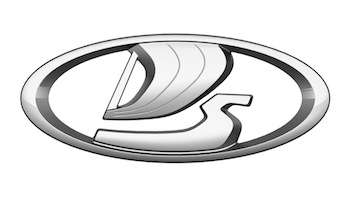 Russia carmaker Avtovaz has suggested the creation of a common components platform that would be shared by domestic carmakers and parts suppliers in an effort to cut the burden of production and logistics costs.

The carmaker recently sent a proposal to the government in which one of the possible options for the development of its business in the coming decade would be the concentration of production based on Renault-Nissan Alliance platforms. The Renault-Nissan Alliance has a joint venture with Russian state corporation Rostec that owns a majority 67% stake in Avtovaz.

According to the proposal Russian carmakers and parts suppliers could unite in some form of alliance for the creation of the common components platform or at least the unification of some key parts, including suspension and transmission parts, as well as engines.

However, preliminary estimations suggest that even with such an alliance the average localisation level would not rise beyond 40% and large amount of money would go to buy components from abroad. In addition, the document said that the continuing crisis in the Russian automotive industry could see up to 27,000 jobs lost in next several years.

Another option suggested by Avtovaz was the creation and development of Russian platforms and models. This would require significant investment, but as a result, the number of jobs in the industry could grow by 300,000 by 2026, while at the same time, the average localisation rate for Avtovaz could grow by 80%.

Harald Grübel, Avtovaz’s vice-president of engineering, mooted a country-wide alliance of all carmakers and the establishment of a joint procurement system that would lead to the development of shared components.

That would ultimately reduce the cost of vehicles as the alliance would be able to place bigger orders for components and therefore get a better price per part. Also, the establishment of such a system could significantly lower the spend on logistics, as well as car assembly, testing and other operations, he said.

Grübel went on to say that the process of planning and cooperation, among the different carmakers and OEMs, could be organised and monitored by the government. He added that Avtovaz had already entered into negotiations on the issue with some market participants.

Grübel suggested that the first joint project in this area could be for the production of automatic transmissions. However, he did not disclose when this project might be implemented and which participants it might involve.

Between January and October this year Avtovaz is reported to have made a net loss of 35 billion roubles ($600m), double what it lost over the same period in 2015.

According to Grübel, Avtovaz’s main model, the Lada, is at a make or break moment and will either grow [in terms of production and profitability] or die; the consequence in the latter case is that the sales potential in Russia for the foreign carmakers will improve.

Executives of the company admitted that a large part of its losses over the last three years is associated with components, as Avtovaz remains largely dependent on Renault-Nissan imports and the cost of those has risen by nearly two times after the devaluation of the Russian rouble.

So far, no Russian carmakers or suppliers have commented on the initiative of Avtovaz or confirmed participation in talks with the company.