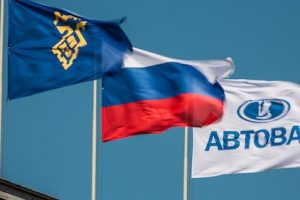 Deliveries of vehicles from Russian carmaker Avtovaz are being delayed by up to a week because of a shortage of car carriers, according to a report in Russian media source Vedomosti.

AvtoVaz usually delivers cars in the European region of Russia within 10 days but recently, some of its deliveries have been taking 17-21 days, said the report, which quoted an unnamed source at the OEM.

The carmaker has sought to reassure dealerships that the problem is in hand and has engaged three new logistics providers to provide outbound services. It is understood Avtovaz’s existing transport partners had too few trucks on hand to cope with a recent rise in sales of Lada vehicles, Avtovaz’s leading brand.

Avtovaz’s rising sales this year were particularly strong in February, when it delivered more than 20,000 finished vehicles to the domestic market – a 5% increase on the same month last year.

Sales more generally in Russia during the first quarter of 2017 have also grown, rising for the first time in four years, according to recent data from Russian Association of European Businesses (AEB). Car sales totalled 322,464 in the period, a 1% increase on the same period last year.

In addition to its own models, Avtovaz also assembles vehicles for the Renault-Nissan Alliance, including the Logan and Sandero models. These, too, are threatened with delay, suggested the Vedomosti report.

Renault faced similar problems in December last year, after a rise in sales led to another shortfall in carrier capacity.

Such shortfalls are not surprising, as most transport providers have been delaying investment in new equipment over the past few years, given the dramatic downturn in the Russian car market. While the market is finally starting to look up, the slow pace of recovery has done little to stimulate fresh investment so far.

Sergey Udalov, general director of consultancy Autostat, said temporary shortages of carriers had always occurred from time to time, due to fluctuating demand. Fleet and investment reductions over the last few years, however, coupled with a more substantial rise in sales, could have a more serious impact on automotive supply chains, he conceded.

The performance of the Russian automotive market will be under discussion at the the forthcoming Automotive Logistics Russia conference being held in Moscow in July this year.