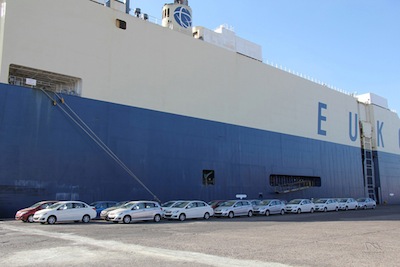 Chinese carmaker BAIC has made use of the Mexican port of Lázaro Cárdenas for the first time to import its D20 model cars into the country. A modest 163 units were dispatched from Beijing to dealers in Mexico city via the port in a successful trial last month.

The operation took place at Multipurpose Terminal 1, with the finished vehicles unloaded from the Eukor vessel Morning Catherine on behalf of the Maritimex agency at the end of March. The vehicles were managed at the port by Amports de México.

BAIC is seeking to expand its market share in Mexico, although it already has a global presence, sending finished vehicles to Colombia, Peru, Uruguay, Paraguay, Algeria, Tunisia, Angola, Iran and Russia.

The port of Lázaro Cárdenas was chosen because it is already a significant automotive logistics hub for Mexico.