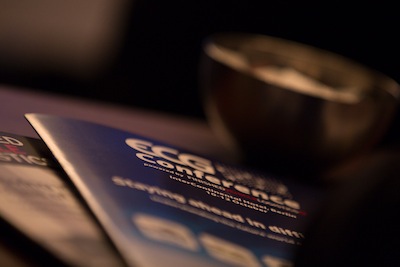 With vehicle sales across the EU finally heading in the right direction, carmakers and providers cited the need for increased efficiency, cost reduction, and understanding government regulations as key to success in 2013 and beyond.

The European finished vehicle logistics sector will get some much-needed relief as the automotive market at last appears to have hit the bottom of a six year decline in the sale of new vehicles, with the region likely to return to modest growth next year, and steadily rise for the rest of the decade.

That, at least, was the view shared by market analysts and executives from global carmakers and logistics providers last week at the ECG Conference in Berlin. The annual event brings together Europe’s automotive manufacturers with members and suppliers that make up the Association of European Vehicle Logistics, or ECG.

“We might be at the end of a very bad period. Even if the market is stable, there will be an increased demand for transport,” said Costantino Baldissara, president of the association, as well as commercial and logistics director at Italian shipping firm, Grimaldi Group.

According to Michel Costes, president of Paris-based analyst firm Inovev, sales for the European Union will finish this year 4% lower than 2012 at around 12m vehicles – a 25% decline from the market’s 16m-unit peak in 2007. This will have included drops for every major market this year, except for the UK. But numbers will turn positive for most other markets in 2014. European production, following a 6.8% drop in 2012, should already rise modestly this year to close to 20m units (including Russia).

Some carmakers, notably premium brands such as Daimler and BMW, are anticipating stronger growth than others. Daimler, for example, has been increasing its production footprint, including growing production at its plant in Hungary, which opened last year, as well as contract manufacturing or alliance agreements in Russia, Finland and France.

While the potential return to growth is certainly good news, analysts at Inovev pointed out that increases would be small, and that the European market has undergone a structural change that meant it would be unlikely to return to 2007 sales levels for the foreseeable future. The company’s four-year outlook for the EU envisions sales only reaching around 13m passenger cars by 2018.

There was better news, however, for both the global automotive market and the wider European picture. Worldwide vehicle sales and production are expected to rise further, driven by recovery in North America and growth in China and Asia. Closer to home, production in central and eastern Europe has grown even as plants in western Europe suffer from excess capacity.

Sales in Russia, meanwhile, are anticipated to recover after a decline in sales this year and reach levels similar to Germany by 2016, while sales and vehicle exports to North Africa – especially for French carmakers in Algeria – remain particularly strong. Björn Svenningsen, head of the car transport sales department at short-sea shipping provider UECC, said that the company now has vessels calling Algeria, Tunisia and Libya. “We will move about 150,000 cars this year to North Africa, including three vessels that are serving Algeria,” he said.

Potential changes for transport policyAlong with economic shifts, it is also an important time for European regulation. “Just as the economic climate has an impact on your business that you have to manage, so too is European policy important for your business,” said Christos Economou, deputy head of unit land transport at the European Commission.

The European Commission (EC) is currently proposing changes to its directive on weights and measures for trucks, which would have impacts on the allowable lengths, heights and weights of car transporters across Europe. The commission has also recently established a new budget for funding infrastructure, which could have impacts on multimodal projects, for example. The ECG has stepped up its lobbying efforts in Brussels, and the conference revealed that it could be getting closer to achieving some long-term goals, particularly around harmonising allowable loaded lengths for car transporters.

"Just as the economic climate has an impact on your business that you have to manage, so too is European policy important for your business" - Christos Economou, deputy head of unit land transport, European Commission

However, with political tensions running high, and with member state and political parties expressing very different views on issues such as truck lengths, foreign operator rules and road charging schemes, there are risks that the needs of the niche vehicle logistics sector could be ignored or passed over.

Working together to reduce costs

With the market highly competitive, and many volume carmakers still with excess production capacity, cost pressure on vehicle logistics providers is likely to continue. “Cost reduction is the number one priority in my job, and the reason why I’m paid to go to work every day,” admitted Lutz Quietmeyer, manager of distribution schemes for Alliance Logistics Europe at Renault Nissan.

However, the good news is that the industry appears more committed to working together to reduce costs than in the earlier years of the crisis, when carmakers tended to impose unilateral rate reductions. At Renault Nissan, for example, the carmaker has put considerable efforts into combining volume between its brands, and in decreasing empty backhauls across all transport modes. Quietmeyer emphasised that it was “up to all of you providers” to work with the carmaker to find the best opportunities.

At Volvo Car Corporation, meanwhile, Magnus Ödling revealed how the carmaker had taken its logistics management and purchasing back in-house over the past year or more, and that it had led to carmaker’s management actually valuing more its relationship with logistics partners.

“We are open to working with providers to find new concepts and solutions. We recently worked with UECC on an alternative route to Russia, for example, which took a southern route via Italy,” said Ödling, who is head of network strategy and business applications for inbound and outbound at the Swedish carmaker.

The ECG, meanwhile, continues to meet regularly with representatives of the Automotive Logistics working group at ACEA, the European automotive manufacturing association. The ECG has also recently expanded its cooperation with the AIAG, a supply chain association in North America with more than 1,000 members, including carmakers and logistics providers.