Big rail reforms could have little impact for automotive 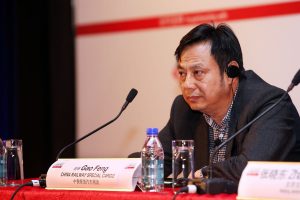 China is planning major investments in its freight rail network, including expanding the track network, locomotive capacity and international links. Reforms to the bureaucracy that controls the railways are also expected to improve overall service levels, although the impact for the movement of automotive goods by rail may be limited.

Speaking at the Automotive Logistics China conference in Beijing, Dr Cui Yanping, from China’s Transportation and Economy Research Institute, said that China would expand its total railway network by nearly 20% to 120,000km between now and the end of 2015. Of that total, 50,000km would be in the west and up to 60% would be electrified.

Dr Cui also maintained that investment in freight cargo transport would rise substantially, particularly for the 13th five-year plan set to start in 2016, which officials are currently drafting. Particular expansion would be focused in China’s western regions as well as increasing total locomotive capacity.

However, Dr Cui revealed that about 60% of China’s rail freight capacity is for moving coal, and that this focus would remain for future expansion as well. “Most freight routes are there to ensure the supply of coal resources,” she said. “Coal demand is also moving westwards, so to ensure adequate transport capacity there we have beefed up construction of trunk lines that link Inner Mongolia.” [sam_ad id=6 codes='true']

“Because of the separation of government and business, the government can now manage the law and regulations, while the railways focus on their own business and capabilities,” she said.

However, the impact of these reforms for automotive have so far been limited, according to Gao Feng (pictured above), general manager of China Railway Special Cargo Services – Automobile, a branch of the railways specialising in automotive. That is partly because the automotive branch already takes full control of transport operations on behalf of cargo owners.

“Our branch was created in 2006 to have a more market-orientated approach,” said Gao. “We undertake two roles as both the carrier and the shipper, so for transportation operations there is no impact from this reform for us.”

Gao added, however, that the reforms have had positive impacts on vehicle logistics operations, including in transport planning, as well as the pickup of goods following orders. 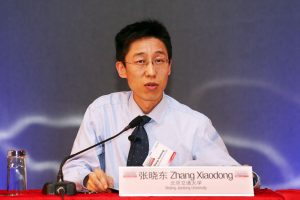 Dr Zhang Xiaodong, a specialist in transport at Beijing Jiatong University, also said that China’s reform of the railways was a good thing for freight logistics, including automotive. He pointed to the influence of customer-focused technology and processes, including the ‘door-to-door’ service approach that was becoming more common.

He also said that investments in high-speed rail would also be positive. “Investment in bullet trains is freeing up more legacy capacity for freight flows,” he said.

Growth potential, including exports
According to Gao, his division has seen tremendous growth in vehicle movements in China, growing from 50,000 units in 2006 to 1.2m units last year. He expects volumes to reach 1.4m this year.

The automobile branch of the China Railway Special Cargo Services is effectively the only automotive rail operator in China, although the company also works together with other logistics providers, including Anji Logistics and Sinotrans.

Gao suggested that further growth would come from international operations. The railways have conducted trial shipments to move exports between China and Kazakhstan by rail, for example.

“The railways stations in both China and Kazakhstan have exchanged visits and we have already run a pilot project,” said Gao. “We are planning more cross-border tests, and once the experiment is concluded, I think there will be a smooth transition to opening the border there.”

Other logistics providers, including Gefco, DB Schenker and Beijing Changjiu have also been running or offering rail services between China, Russia, Central Asia and Europe.

Main sessions from the conference were streamed live this year and can be viewed online.