Blockade in Ukraine adds to transport problems between Europe and Russia 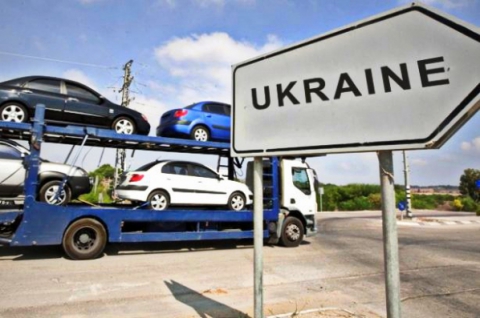 The disruption to road freight shipments of cars and components between Russia and Europe has been exacerbated, with a recent blockade of trucks organised in Ukraine.

According to Russia’s Tass news agency, Ukrainian radicals in the Transcarpathian region announced an open-ended action to block the transit of Russian trucks from and to the European Union.

That action quickly spread to nine more regions in the country, effectively preventing the flow of goods by road. In response, Russia suspended the movement of Ukrainian trucks across Russian territory. And then on February 15, the Ukrainian government officially announced suspension of trucks registered in Russia across its territory. In recent days those restrictions have been lessened somewhat but it is just the latest in a spate of disruption to road haulage on routes between Europe and Russia.

The latest action comes on top of a road haulage permit dispute between Russia and Poland, which led to several transport companies rerouting via Ukraine. Those problems are further made problematic by the import restrictions that have affected movements of automotive parts between Russia and Turkey.

The problems have raised concerns for Russian authorities. According to Russia’s deputy minister of transport, Nikolai Asaul, there is now no inland route for trucks to get from Europe to Russia, or vice-versa.

“There are no land routes of delivery goods by-passing the territories of Ukraine and Poland now,” said Asaul. “The possible option is using Baltic ferries, but this way increases the cost of transportation by 20% and their capacities are rather limited.”

As reported earlier this month, alternative routes for vehicle and parts deliveries by short-sea is proving to be costly for some logistics providers.

Asaul added that as a temporary solution, the Russian Transport Ministry could support the introduction of trains with special platforms for the delivery of goods, including cars and components from Europe.

Rising costsAlmost all market participants have admitted that the current situation has led to a significant increase in delivery costs for both finished vehicles and components from European countries.

"Automakers, importing cars from Europe to Russia, are faced with the challenge of rebuilding their logistics schemes and redirecting flows through the Baltic countries, [a situation that] will increase logistics cost and lengthen delivery times if the land corridor issue to Russia is not settled down in near future," Anna Komarova, head of Gefco Russia’s finished vehicle logistics commercial department, told Automotive Logistics.

"The route from Europe to Moscow via the Baltic States has an additional hook that would increase the cost of transportation,” said Andrey Gryazev, chief commercial officer at Agility Area East Europe. “In particular, the road through the Baltic States can cost an additional €150-200 ($165-$220), including the fee for ferry crossing. Also the number of ferries can not accommodate the level of trucks that are being redirected around."

Natalia Zakirova, head of sales at Gefco Russia, agreed that Baltic ferries are not designed for such a large number of trucks. According to her, the use of the route could increase the cost per trip by between €400-700, and the transit time by 3-5 days. She also estimated that as a result of transport conflict with Ukraine and Poland, the volume of available trucks for delivery of goods from Europe to Russia, and from Russia to Europe, has dropped by 40-45%.

Looking for alternative routesWhatever the cost, logistics providers are now having to look at alternative delivery methods, both route and mode, at least as a temporary means, including via ocean and rail.

“We believe that these are temporary difficulties, which can easily be solved with alternative transport modes, in particular sea transport,” said Gryazev. “It's obviously slower and not so good as part of a door-to-door service, but it is an effective and well justified with deliveries from Europe via Poland or Ukraine.”

Zakirova instead pointed to rail. “Another possible solution may be to transport by rail in containers transiting through Belarus,” she said. “The cost of this transport is on average 10-20% higher than by trucks. We should also keep in mind that loading capacity in pallets into containers is 15% lower than in trucks, while transit time is longer by 3-5 days than in the standard route via Poland.”

Most companies believe that the current complications on cargo movements between Russia and Europe are temporary, while the situation in Turkey is rather different.

“Introduced in late 2015, the risk profile in the customs systems for all goods produced in Turkey, shipped from that country or carried by the Turkish carriers, negatively affects the deadlines for customs clearance,” said Komarova. “Automotive products are subject to the most careful examination, meaning more unloading, longer periods for document clearance, and downtime in the transport of vehicles, which ultimately results in an increase in the cost of logistics services.”

That opinion was shared by shared by Gryazev, who said that a large number of carriers were waiting for deliveries from Turkey, or had switched to importing the same products from other countries.