BMW to collaborate with Braidy Atlas on US aluminium supply 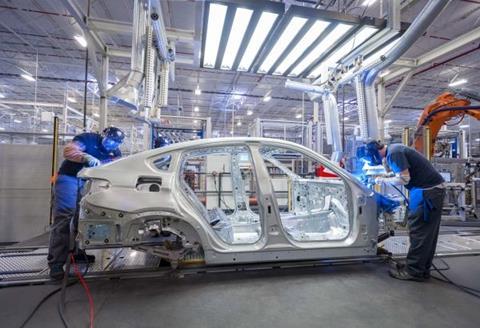 BMW has signed an agreement for the sustainable supply of aluminium to its US assembly plant in Spartanburg, South Carolina, with Braidy Atlas, the joint venture between metal suppliers, Braidy Industries and Russia’s United Company Rusal.

Following a $200m investment from Rusal, Braidy Atlas is building a rolling mill in Ashland, Kentucky, producing up to 500,000 tonnes per year of flat-rolled aluminium products for the US automotive and transportsectors. BMW is collaborating with Brady Atlas on the set up of a closed-loop recyclingsystem between that mill and the Spartanburg plant, which is around 350 miles (560km) directly south.

The company’s stated goal is to make the mill as environmentally friendly as possible. CEO Craig Bouchardsaid: “Our low-cost, high-quality, low-carbon footprint allows material improvement in global supply chain costs for BMW as a key customer.”

Last month Braidy Industries and Rusal signed a 10-year agreement according to which Rusal will take a 40% stake in Braidy Atlas and supply it with 200,000 metric tonnes of aluminium each year. The agreement is the first to be signed since the US lifted its sanctions against Rusal, following a deal hammered out by its holding company EN+. It is also the biggest deal to be signed since the US imposed a 10% tariff on the import of aluminium from overseas