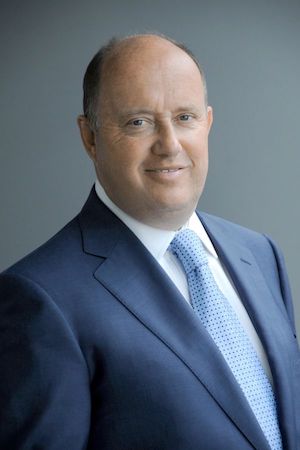 BMW has confirmed plans to build an assembly plant in Russia to produce vehicles for the domestic market with localised parts. The move has been made ahead of a new state procurement scheme that will oblige regional and federal authorities to purchase only vehicles manufactured in Russia for their own official use.

According to Russian federal news source Vedomosti, a source at BMW in the country said it was looking at the special economic zone (SEZ) in the administrative region (or oblast) of Kaliningrad as the location of the new plant.

While confirming BMW’s plan to open a plant in Russia, however, Hendrik von Kuenheim (pictured), recently appointed BMW’s head of Africa, Middle East and Russia, said Kaliningrad had not yet been selected.

“There are several technological zones in Russia where finished vehicles are being produced, including near Moscow, Kaluga, St Petersburg and Kaliningrad,” said von Kuenheim, who was previously senior vice-president of the company’s Asia Pacific and South Africa region. “We have conducted an analysis on all of these locations and currently are at the stage of making a decision.”

If it did locate the plant in Kaliningrad, however, BMW could take advantage of the state subsidies and tax breaks that the SEZ offers.

Capacity at the new plant will be equal to the BMW’s sales in Russia, said a source at the company. In 2016, the carmaker sold 28,867 vehicles, according to Russia’s Federal State Statistical Service (Rosstat).

BMW has been assembling finished vehicles in Russia since 1999, using facilities run by local market player Avtotor in Kaliningrad. At the moment, the company’s product range in Russia includes the X1, Х3, X4, X5 and X6 SUVs.

Von Kuenheim said it would take several months for BMW to make a final decision on plant location, given that the expected investment on the project would run into several hundred million dollars. He also said the carmaker was intending to make the plant fully functional while meeting forthcoming state regulations for foreign carmakers operating in the country, which include requirements for an increase in the level of parts localisation.

Kuenheim did not specify which legislative changes he was speaking about but is understood to have been referring to the new state procurement scheme, which will force regional and federal authorities buy vehicles manufactured in Russia for their own use. BMW is reported to sell a large portion of its vehicles through state procurement contracts, as do Audi and Mercedes-Benz, and it is thought that legislation governing state procurement of vehicles was behind Mercedes-Benz’s plan to build its own plant near Moscow, which was announced in June.

BMW does not plan to stamp body parts or make engines and transmissions in Russia because of the low capacity expected at the plant. No vehicles are expected to be produced there for export.

Von Kuenheim’s old responsibilities are to be taken over from January by Hildegard Wortmann, currently head of BMW brand, who will be responsible for the whole Asia Pacific region excluding China.