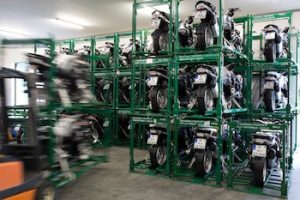 BMW Group Thailand is planning to increase car exports over the next two years to 10,000 vehicles a year. The majority of that volume will be exported from the firm’s Rayong facility to China, but some units will also go to Malaysia.

Last year, BMW announced a 1.1 billion baht ($31.4m) expansion at the Rayong plant which was completed earlier this year. The 75,000 sq.m factory has doubled its annual passenger car production capacity to 20,000 BMWs and Minis. It assembles eight BMW variants and one Mini model, from kits supplied from several different countries, a spokesperson for BMW said.

Motorcycle assembly, under the BMW Motorrad brand, has also increased at the site from 1,000 units a year to 10,000, across eight models. 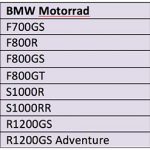 The Rayong plant is the only site in BMW’s global network with operations for all three brands.

BMW is looking to export more motorcycles this year to the growing Asian markets. Analyst MarketLine points to China, India and Indonesia as the top three global markets respectively for motorcycle sales, while Asia Pacific as a whole accounts for 80% of all global new motorcycle sales by volume. The spokesperson told Automotive Logistics, "The decision has been made to better serve the customer demands in Thailand, as well as to serve export purposes within the region, including China."

Parts storageLater this year, BMW Group Thailand is also to move its spare parts storage to a new site in Theparak Industrial Estate. At 14,000 sq.m, the new complex will be nearly three times as large as the previous one and will handle more than 40,000 different lines.

Matthias Pfalz, president of BMW Group Thailand, said: “With an expanded parts shipment capacity of 2,000 lines per day, the [new] facility will enhance our logistics efficiency and allow us to better cope with service demand for our customers.”