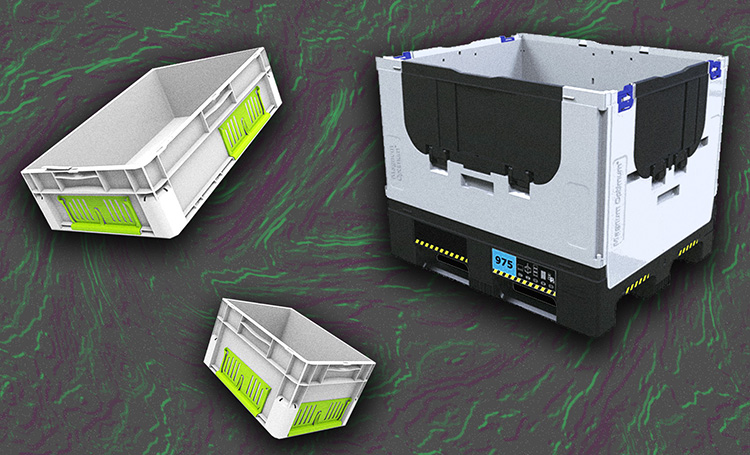 There isn’t an automotive company in the world that doesn’t need to use packaging, whether for delivering parts to the line or storing them at various points in the supply chain. And while it may not be the most glamorous part of the automotive industry, it’s a very important one.

Automotive is one of seven industry sectors that reusable packaging provider Schoeller Allibert serves, and accounts for around 15-20% of its business, or more than €100m ($113m) every year. In 2015, Schoeller Allibert provided over eight million pieces of returnable transit packaging to the automotive segment. New products are always in the wings as the company invests around 5% of total automotive turnover in new products and applications, and the firm suggests every automotive customer in the world uses its products, whether directly or indirectly. It also works with most major logistics companies and providers who supply containers to the automotive industry, along with providing services like fleet management, cleaning, repair and repacking.

Ludo Gielen, chief marketing and innovation officer and a member of the board at the company, tells Automotive Logistics that the company’s challenge, especially for automotive, is finding the right balance between standardisation and giving customers a unique product, as car production requires both the advantages of economies of scale and significant personalisation – something reflected right down to the packaging used on the assembly line and down the supply chain.

Returnable or disposable?Within that balance is the argument between single-trip and returnable packaging, as well as the choice of material such packaging is made from.

Some of the benefits Schoeller Allibert cites for returnable packaging are lower costs, better product protection, lower inventory requirements and the ability to tailor products for customers. 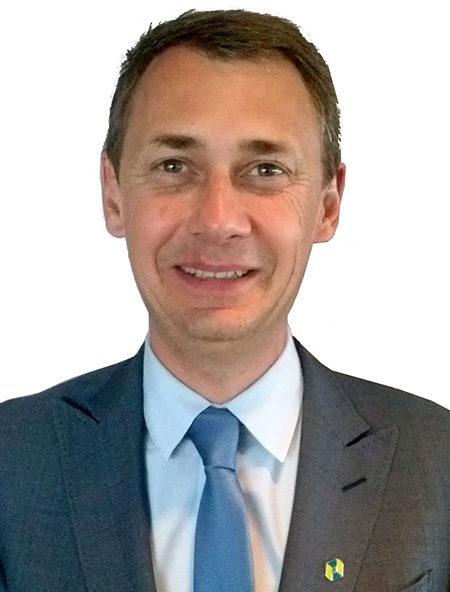 Ludo Gielen: the challenge is finding a balance between standardisation and a unique product

Many carmakers and tier suppliers seem to agree, as there has been a clear move in the sector away from one-way disposable containers towards returnable ones over the last few years. This is even the case over distances that were once seen as prohibitive. Despite this, automotive companies still dispose of hundreds of tonnes of traditional packaging every year, which is not only bad for the environment but wastes money. As companies become more attuned to environmental sustainability, however, many are making the switch – especially when it yields cost-savings.

Schoeller Allibert makes only plastic products, which according to Gielen offer the best price and weight-saving characteristics. Plastic also provides the ability to make complex shapes and achieve different properties as well as the potential to recycle. “A lot of automotive companies use folding containers, which are also much easier to achieve in plastic,” Gielen says.

Jörn Brosowsky, sales director for automotive, says returnable and, in particular, folding containers have made a major contribution to protecting the environment, particularly by helping to reduce the number of trucks on the roads.

The company has a presence in 50 countries. Within the automotive sector, it provides packaging products in Europe, Africa, Asia and North America. And with eight million units delivered annually, it has its own logistics chain to manage – though most production is focused regionally. 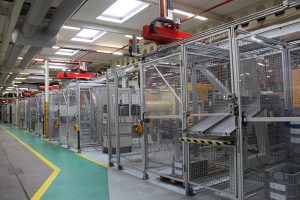 “We strive to reduce logistics costs by local production. Exports to other continents are on a very small scale. Nevertheless, our packaging is travelling across continents due to the international supply chains of our customers,” Brosowsky says.

Brosowsky also highlights ongoing modernisation of the company’s own injection-moulding factories, including a new plant in Zabre, Poland (see box below), which opened this past June and includes products for the automotive industry.

“Schoeller Allibert plants are constantly modernised in order to reduce energy and material consumption and CO² emissions. Additionally, we are running energy saving programmes, such as recovering heat from our production machines.”

Brosowsky also points to more efforts at automation in its plants. “Schoeller Allibert strives to automate or semi-automate production processes to support a safer and more worker-friendly environment,” he comments. “Overall, the number of employees at Schoeller Allibert is still increasing – we see only a change in the job profiles and required skills.”

Product evolutionWhen developing a new product for the automotive industry, the container manufacturer works closely with clients in developing economic and ecological packaging solutions, Brosowsky says. “These have to fit optimally in their production and logistics environment,” he says. “As automotive product cycles are getting shorter – three to four years on average – the necessity to standardise and reuse packaging becomes vitally important to reduce the total cost of ownership. Therefore, more intelligent packaging is necessary today than ten years ago.”

The process of developing a new packaging product for the automotive industry involves learning about a company’s logistics and production processes, as packaging needs to be integrated into an increasingly complex and faster supply chain environment. Automated processes are also becoming increasingly common. 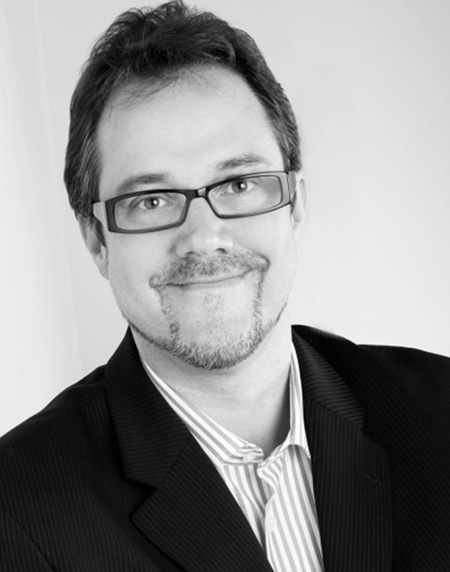 Most of Schoeller Allibert’s packaging is used to transport components from suppliers to OEM’s assembly plants, but it is also used for in-plant logistics. Changes to the automotive industry as a whole are, however, affecting what customers want from their packaging, according to Brosowsky. As development cycles have decreased, packaging standardisation has become more important, allowing companies to use packaging in the most cost-effective way.

For example, as more electric vehicles and components are produced, there is a growing focus on protecting products from damage resulting from electrical discharge. Containers with anti-static properties to address this are becoming increasingly the norm, Brosowsky says.

Likewise, as OEMs and suppliers use more advanced technologies and automation, packaging systems will become even more standardised to support the increasing number of automated processes, he adds. “Packaging companies will have to focus on universal packaging developments which will work across different OEMs and tier suppliers and have to work more hand-in-hand with production and logistics equipment providers,” he confirms.

"As automotive product cycles are getting shorter, the necessity to standardise and reuse packaging becomes vitally important to reduce the total cost of ownership. Therefore, more intelligent packaging is necessary today than ten years ago" - Jörn Brosowsky, Schoeller Allibert

Production facilities have also become cleaner, with less clutter and inventory held near the assembly line, but also safer and more hygienic environments and material. Brosowsky says some of the packaging systems in use today will not be suitable in the future, including ribbed wall containers that can retain dust and dirt and are not easy to clean. Schoeller Allibert’s trademarked Magnum Optimum folding large container, for example, addresses this with a smooth interior and exterior that make it suitable for use in clean rooms, he points out.

Clean and green, today’s ever more sophisticated returnable containers look set to keep contributing to the efficiency of the automotive logistics sector. Quite an achievement, that, for four walls and a lid.

Earlier this year, Schoeller Allibert opened a new production plant in Zabrze, Poland. The facility covers more than 28,000 sq.m, including a 6,350 sq.m production plant. And there’s a big focus on the automotive industry there.

The plant will produce a full range of products for central and eastern Europe, including the company’s new EuroClick, a versatile crate designed especially for the automotive industry.

“The central-eastern Europe region will stay as the main growth area in automotive in Europe over the coming years,” says Jörn Brosowsky. “So Schoeller Allibert had to increase production capacity to locally serve the automotive customer. Our new plant is strategically located in the centre of CEE to ensure close proximity to our automotive customers in Poland, the Czech Republic, Slovakia, Hungary and Romania.”