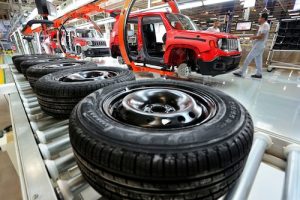 Brazil and Argentina have recently extended their existing automotive trade agreement, known as the Common Automotive Policy, for a further 12 months from the beginning of July this year. All provisions in the existing 40th Additional Protocol remain in place. It was signed by the general secretary of the Latin American Integration Association (ALADI), in Montevideo, Uruguay.

Although there have been no changes to existing detailed trade rules, which govern the marketing of automotive products between Brazil and Argentina, both countries will look at deepening trade cooperation. Current regulations obviate the need for additional import duty to be levied in certain circumstances, although do, in part, favour Brazil over Argentina.

The decision to maintain the current set up was agreed by both countries. However, over the next 12 months, broader-based negotiations will continue between both parties.

Argentina and Brazil view the further agreement as being key to deepening productive integration between them and also to the preservation of the bilateral trade flow.

The two countries signed a one-year deal in June last year. Previously Brazil had a 1.95:1 ratio, which Argentina found unfavourable. Argentina proposed a 1.3:1 ratio, to which Brazil would not agree.