Brazil is currently experiencing falling auto exports to neighbouring Argentina, while its own  domestic market is sluggish. Therefore, the automotive industry is putting together a proposal for a new trade agreement to be signed with Colombia in the coming weeks, according to major trade body. 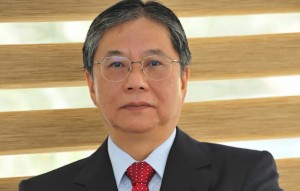 Luiz Moan, the president of Anfavea – the National Association of Automobile Manufacturers – noted that the proposal, which will be presented to both the Brazilian and Colombian governments, will be in place before the start of  November. However, he declined to release details as to what it might contain.

Brazil's automotive industry is anticipating a difficult 2015, so the various companies in the sector are seeking alternative export opportunities.

According to Moan, the domestic automotive industry is also looking for growth at home, with the sector planning to further stimulate car sales in smaller cities, where market saturation has yet to be achieved.

He noted that other countries survive by exporting, but in Brazil, stimulating domestic sales can boost the overall market. In September, production grew by 13.7% in Brazil to 300,800 vehicles (a figure that includes buses and trucks) thanks to the arrival of new models to the market and also following an 8% increase in sales compared to August.

Moan lamented the fact that the domestic automotive industry is unable to drop the price of vehicles to stimulate home demand because prices are dollar-related.

"The exchange rate today is highly detrimental to the competitiveness of the sector," he said, whilst maintaining that the cost of new models in Brazil is expensive. Indeed, he stressed that, in 2004, Brazil actually boasted the"world's cheapest car" – but that prices today are far higher than in other markets, such as the US.