Brexit and shipping: Playing a game of wait and sea

A country’s ports and the shipping lines that serve them are at the front line of fluctuations in international trade. So is the UK sector bracing itself for a Brexit-induced storm? 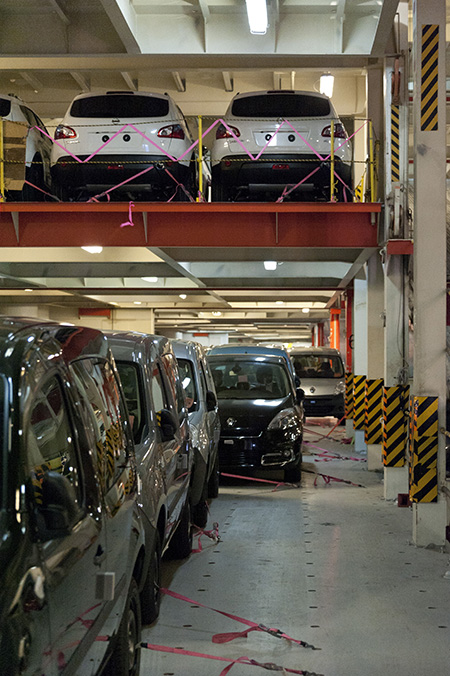 The past two years have been busy ones for any company involved in the import or export of vehicles across the UK border. Last year was the country’s best for car production in a decade; and more than 77% of the more than 1.6m vehicles manufactured in British plants were destined for export customers. At 2.63m, meanwhile, UK new passenger vehicle purchases hit an all-time high (commercial vans bring this up to 2.9m), with more than 2.25m of those arriving from factories overseas – which makes the UK the largest import market for finished vehicles in Europe (and, indeed, one of the largest anywhere in the world). The figures for the first half of this year have been even better.

Then came Brexit. The UK electorate’s June 23rd decision to end the country’s 40-year membership of the European Union sent shockwaves through financial markets, the media and government institutions. It also immediately raised questions over the future of Britain’s ports, in terms of volume and trade, funding and regulation.

The EU is hugely important to the UK car industry. Despite recent growth in other export markets, for example, European countries still account for more than half of the country’s vehicle exports, while they are the biggest supplier of vehicles to the country. There are fears that Brexit will threaten some of that trade – in the short term, as the fall in the value of the pound hurts consumer spending and raises the price of imports, and in future, should trade barriers and tariffs be re-imposed between the UK and EU.

After the initial splash, however, it seems that the historic decision has done little to rock the fleets of pure car carriers moving in and out of UK ports – at least for the time being.

In part, that’s because it now seems likely that the full effects of Brexit will take years to emerge. Norwegian-based short-sea carrier UECC, which operates numerous short-sea services into UK ports including Southampton, Immingham, Sheerness and Portbury in Bristol, has so far seen reasonable stability in its shipping volume for the UK, according to Bjørn Svenningsen, head of sales and marketing.

“Immediately after the vote, there was a lot of discussion about the potential implications, but when it became clear that the negotiations around Brexit will take a lot of time, everything calmed down,” he says.

At Japanese deep-sea carrier Mitsui OSK Bulk Shipping (MOL), which brings large volumes of vehicles into the UK from Japan via Southampton, director of car and ro-ro Rudolf Luttmann describes a similar reaction.

“Our European headquarters is in London, so naturally we were monitoring the activity around the referendum and the voting,” he says. “We were surprised by the result, but maybe that’s because as foreigners we find it hard to understand UK political dynamics outside London.

“After the vote, our first move was to talk to our customers, and they reassured us that the market is still good and strong and they didn’t expect significant changes in 2016 or 2017,” he says. 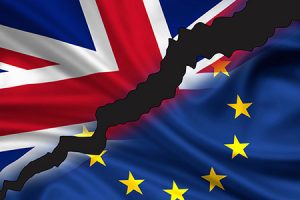 Incentives for negotiationHowever, to paraphrase the new prime minister, Theresa May, calm waters today are not always harbingers of plain sailing ahead. Looking to the outcome of the UK’s exit negotiations, Svenningsen notes that the terms of a future trade deal between Britain and the EU could have a significant impact on vehicle flows.

“Trade barriers like tariffs or customs duties could reduce the competitiveness of European vehicles sold in the UK and vice-versa,” he notes.

However, there are strong incentives for both sides in the negotiations to avoid a ‘hard’ Brexit involving the imposition of such tariffs. “The UK is a very strong exporter of vehicles,” says Luttmann. “The introduction of import taxes would drive retaliation from the countries whose industries were affected. Our customers certainly don’t expect that to happen.”

Nothing to fear but fear itselfIn practice, and at least until the terms of the UK’s exit and trade relations with Europe can become at all clear, it is the indirect results of Brexit that may have the biggest impact on UK vehicle imports and exports, notably currency fluctuations and shifts in economic confidence. Their effects could push the industry in either direction, whether in supporting exports or harming imports. “Clearly a weaker pound could make the UK a more competitive manufacturing location,” says Svenningsen.

The pound has fallen significantly since the referendum vote, dropping from around $1.50 earlier in the year to around $1.32 in September; against the euro, meanwhile, it has fallen from €1.32 this past spring to around €1.18. 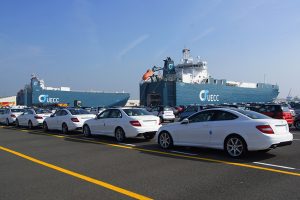 The Brexit vote could have wide-ranging consequences for the UK’s ports and shipping lines, depending on the outcome of future trade negotiations

Hamish Scott, strategy director at Peel Ports Group, which has significant automotive activities at a number of important UK vehicle-handling ports, including Liverpool, Sheerness (now renamed London Medway) and Great Yarmouth, is bullish about the potential of a weaker currency to support UK automotive exports. “Opportunity for exporters in the new dollar-sterling regime means opportunity for Peel Ports in Liverpool,” he says. “We face North America and look forward to supporting Jaguar and Land Rover as they take their models to a British-brand-hungry US public.”

However, expectations for a currency-driven export boom for vehicles may be tempered by the complexity of the supply chain. Firstly, most UK-built vehicles have significant proportions of imported input – often 50-70% – the cost of which is now more expensive. Secondly, premium products, in which the UK specialises, compete more on technology, quality and service than on cost alone. There are risks that trade barriers would make these areas less competitive.

Still, while the exchange rate can be easy enough to read every day, gauging underlying consumer and business confidence is more nebulous. Analysts and commentators are poring over every emerging piece of economic data, looking for signs that the economies of the UK and its European neighbours have tilted in one direction or the other. And if the current economic situation is hard to read, that of the next decade may be barely comprehensible.

“Strategy isn’t something that is decided by a single event, it’s a continuous process,” explains Scott. “We operate over three time horizons. We have to manage what’s in front of our noses, our budgets for the year ahead, and planning cycles of more than five years. When you are a strategic infrastructure partner, as we are, you make investments with long payback periods. Inevitably, that means preparing for many different scenarios.”

Right now, Scott adds, the most significant challenge around Brexit may be pinning down a commitment from customers that they will provide the work necessary to support big investments in infrastructure and capacity. If investors and consumers lack confidence, and manufacturers and logistics providers follow, ports will suffer.

“The real threat of Brexit is confidence, not tariffs. It’s psychological, not legal,“ Scott says. “If consumer markets lose confidence, importers and exporters become uncertain. If importers and exporters become uncertain, they are reluctant to commit to their supply chain. If our customers are reluctant to commit, it makes it harder for infrastructure providers to invest. If investment in capacity growth slows, the current capacity challenges don’t go away.”

Stick to the planThen there’s inertia. UECC’s Svenningsen points out that carmakers that have invested time, money and energy establishing manufacturing facilities and supply chains in the UK will be reluctant to uproot and relocate them. Over the longer term, however, a key challenge for the UK will be to maintain the momentum of its currently vibrant automotive sector. It’s here, suggests Per Christian Mørk, head of Europe and China at Höegh Autoliners, that the country’s supply chain potentially has the most to lose, especially since plants in the UK are virtually all under foreign ownership.

"The UK and the EU are both significant markets for each other’s products: there cannot be major trade barriers. It’s more likely there will be an agreement, maybe along the lines of that between the EU and Norway." - Bjørn Svenningsen, UECC

“In general, the more concentrated an industry, the better it works. If you look at the automotive OEMs currently operating in the UK, it is clear that the majority of them are in a position to produce elsewhere if they need to,” he says.

The uncertainty created by Brexit doesn’t create an environment that is especially conducive for major new investments in the UK, points out Mørk.

While the government might have complicated negotiations to face in Brexit, some of which may be beyond its control, some point to areas in which it can have a positive influence. That would include investing more in transport and logistics infrastructure, including ports, as well as taking measures to promote and ease trade in ports.

“If I were the UK government, I would be looking for ways to support the automotive industry,” adds MOL’s Luttmann. “I’d want an open market to support the economy, I’d review port tariffs and restrictions and I’d look for ways to encourage investment in areas like terminals and rail infrastructure that could support the UK as an exporting country.” 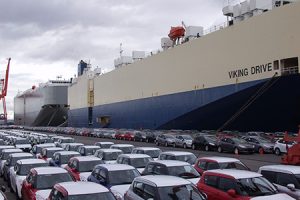 While UK ports would suffer if OEMs are eventually forced to shift production to other territories, shipping lines will most likely move with the flow

Go where the work isExecutives at shipping lines seem to be in almost universal agreement about the most appropriate response to Brexit uncertainty: watch and wait. The issue, however, doesn’t seem to be the cause of too much lost sleep. Brexit is “not a big concern”, says Hoegh’s Mørk.

“Obviously we are monitoring the situation closely,” adds Svenningsen. “But we haven’t established a specific task force to deal with Brexit. If we had, I don’t know what they could be doing at the moment.”

Is this laissez-faire attitude justified? For shipping lines, it probably is. On the one hand, there is little they can meaningfully do. “Beyond adjusting our services, we have few countermeasures in response to changing demand,” says Luttmann. On the other hand, service changes may be all they require. Carmakers have to make difficult decisions about the design of their supply chains and manufacturing footprints, and plants take years to build and commission. Ships, by contrast, can in theory sail to wherever they are needed. If UK car production or sales take a slide, there will probably be factories and customers elsewhere in the world to pick up the slack.

“Shipping is a very operational industry. We have to be highly flexible and we are always adjusting our capacity and our services to meet demand,” says Mørk. “We aren’t just exposed to the UK, but globally. We cover a wide variety of load ports. In the far off, worst-case scenario that our customers do decide to exit the UK, I’m sure we could work with them to find common ground.”

By contrast, ensuring that carmakers don’t eventually decide to abandon the UK will be a key preoccupation for UK government and industry groups in the coming years.

Ultimately, “Brexit will be what we make it,” says Hamish Scott. “If those traditional UK values of enterprise, trade, innovation, [and] consumption can be given full leash, we’ll see more vehicles cross the dock, coming in as well as out.”