Brexit: Why a nod of recognition is not enough to calm the nerves 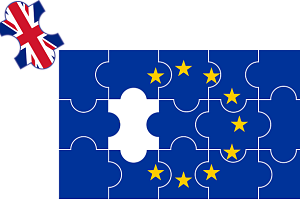 You might accuse the current British government of many things in its strategy for leaving the European Union – from a lack of clarity on issues such as trade and industry, to intransigence on topics such as immigration. However, it would be unfair to say that it wasn’t at least listening to the concerns of the automotive industry and the importance of its supply chain.

The sector’s top management, after all, has been among the loudest to argue that the country should stay in or retain as many attributes as possible of the European single market and customs union. In response there have been consultations and private meetings, including in December between the so-called Brexit minister, David Davis, and executives from Jaguar Land Rover, GM’s Vauxhall unit, Honda and the Society of Motor Manufacturers and Traders (SMMT). Theresa May, the prime minster, also had a closed-door meeting with Nissan, after which the carmaker confirmed plans to add new models to its plant in Sunderland, possibly thanks in part to undisclosed promises of compensation.

And now, in May’s much-anticipated speech on Brexit, the automotive industry got special recognition. While she confirmed that the country would be leaving the European single market (which harmonises regulations and access across member countries) and its customs union (which erases barriers and bureaucracy to trade), she raised the desire for the freest possible trade with the EU, including the potential to “take in elements of current single market arrangements in certain areas – on the export of cars and lorries for example”.

The automotive industry was also at the heart of May’s desire to retain some kind of ‘associate member status’ to the customs union for key sectors; such an arrangement could, in theory, allow manufacturers to maintain their integrated supply chain across the UK and Europe, in which car parts and finished vehicles move back and forth across the English Channel multiple times, without paying tariffs or compiling hefty paperwork, any of which would disrupt the industry’s just-in-time inventory and production patterns.

However, just because the government has nodded to the automotive supply chain doesn’t mean that it won’t do it serious harm when negotiations begin and once the UK leaves the union. Even after the speech, executives from the sector are hardly the wiser about what is to come compared to right after the referendum. Executives from the likes of BMW and the SMMT have responded by reemphasising the importance of free trade and unfettered access between the EU and UK – prospects that have now have decidedly receded.

Still in the darkTheresa May has confirmed the logical outcome of what she has said for months: she will prioritise control over immigration and regulations over many of the economic benefits of the single market. While the exact shape of trade and terms are still to be determined, the clarity of that outcome does help some sectors. UK banks, financial and consulting services providers, for example, can start planning arrangements to set up or expand subsidiaries in other EU member states to retain access, while European firms may consider setting up London offices for the UK market if they don’t have them. Some may decide to leave the UK altogether – at least they have a decent sense of what is coming.

Financial services, as well as consumer goods and technology firms, meanwhile, may look towards a future where the UK agrees new trade deals with countries beyond the EU – a benefit of leaving the customs union and its external commercial policy. There has already been interest expressed from Australia and New Zealand, and most notably recently by Donald Trump on behalf of the incoming administration in the US.

The response to even a glimmer of light shed on Brexit – however clouded it might be by the complications of a future EU trade deal as well global ones (and such deals are almost unfathomably complicated) – was enough give the pound a fillip following the speech, following earlier plunges on mixed messages.

But by getting such a special focus, the automotive supply chain ironically looks to be at even more risk should May and her Brexiteers fall short of their ambitions to secure it maximum or high access to the single market and customs union. While the prime minister acknowledged that no one would benefit from going off a “cliff-edge” with the UK leaving the EU with no arrangements in place – after which it would trade with Europe on WTO terms – her ominous threat that the UK would do just that if it didn’t get what it wanted should worry automotive and supply chain executives. “No deal for Britain is better than a bad deal,” she said.

That might be true politically for May and her government, which have put so much priority on immigration control that failing to meet whatever (as yet undefined) bar they set could cause a backbench revolt. But for Britain’s automotive industry, which is almost entirely foreign-owned and deeply integrated with European component manufacturers and markets, any barriers to trade – whether tariffs, customs forms, rules of origin requirements, or lengthy border crossings – could change the fundamentals of the business enough to justify at least some carmakers and tier suppliers taking a decision to really ‘leave’, unless they could quickly re-orientate their supply sources or the markets they serve.

And so the sector remains in a dangerous limbo, dependent on the negotiating skills on the British side and the willingness of EU member states to compromise on market access. Many campaigners for leaving the EU have long argued that the automotive industry would be an important bargaining chip for Britain, given that it buys so many more cars from mainland Europe (around 800,000 cars per year from Germany alone) than the other way around.

Leaving aside for a moment that British consumers would be hit first and foremost by trade barriers (and that countries that send few or no cars to the UK get a say alongside Germany), the British government has now arguably put itself on the defensive over the automotive sector. With UK carmaking near the centre of a bespoke deal, EU negotiators will work hard to extract a hefty price for such a design.

It’s also worth keeping in mind that, although the British market is vibrant and its car plants have done well of late, its major brands have plants in Europe (from BMW Mini to Toyota, Renault Nissan and, soon, even JLR) that, according to analysts at PwC Autofacts, could more easily absorb production out of Britain to serve EU markets than the other way around. Just last week, for example, the first Renault plant in France started production of a Nissan model, building the Micra that was once built in Britain (and later India) to serve the European mainland.

Global trade-offsAnd what about the promise of greater global trade? That would be a desirable prize. The US, for example, is the largest individual country destination for British exports. However, a strategy of compromise on the customs unions raises many questions. To stay competitive within the EU, the automotive sector needs to retain something like membership to the customs union; but would that agreement bind the industry to the EU’s common external tariff? Clearly, May and her advisors would hope and argue that it wouldn’t – but how that would be arranged is far from clear. Turkey, for example, is a member of the customs union for some sectors, including automotive, while not for other areas; where it is a member, it foregoes foreign trade negotiations to Brussels.

Even if that thorny issue could be resolved, it is not clear how much new trade deals would really benefit the UK’s automotive industry specifically, at least to the extent that they could make up for lost trade and competitiveness with Europe. The relatively small Australia and New Zealand markets are increasingly served by lower-cost production in Asia Pacific, for example. The EU, meanwhile, recently agreed a comprehensive trade deal with Canada that the UK would need to renegotiate.

Donald Trump’s mercurial vision for ‘fair’ trade deals, meanwhile, might be very different to what British firms have in mind, especially given his bullying of car firms supplying the US from abroad. Thanks to the EU, Britain already only pays a 2.5% import tariff for vehicles to the US (it would be much higher for commercial vehicles), while US brands must pay 10% the other way (Trump has already hinted that car flows between the US and Germany are “unfair”). Despite Trump’s interest in a deal with the UK, there is no question over who would have the upper hand in negotiations. Regulatory harmonisation and agreements, meanwhile, would prove very tricky.

UK production is relatively premium and thus somewhat less subject to costs; it does not seem fated to become a cheap supplier to the US. JLR, Mini, Honda and high-end brands like Bentley and Rolls Royce would benefit from smoother US trade deals right away or quickly, while British production and supply chain strategies would need to change to serve this market, even if just for niche products. The extent to which the likes of Toyota and Nissan could compete with their US plants in this regard is questionable; Honda’s supply to the US, for example, is the Civic hatchback in relatively small volumes.

It is unclear, meanwhile, the extent to which American companies would be big supporters of a US-UK deal. Ford and GM have typically used the UK as a platform into the EU; Ford’s engine plants in Britain serve global markets, but are principal suppliers to Europe. London is also the carmaker’s base for EU-wide financing. Vauxhall’s export destination is the EU, while both brands supply Britain – the largest European sales market for each – principally from the EU. Their US production bases, increasingly geared towards larger SUVs and pickups, are not much suited to the UK market.

Whisper 'maybe' to meTheresa May and her government have no doubt bristled over recent accusations of muddled thinking and contradictions – she may have silenced some critics that called her ‘Theresa Maybe’. But the automotive supply chain is still facing uncertainty and as many ‘maybes’ as ever. Perhaps there was no other way, given the government’s immigration priorities. Even this area is a risk to the sector; numerous carmakers, unions and logistics organisations in the UK have lobbied to retain a high level of labour access with the EU, including for highly skilled engineers, drivers and warehouse workers, all of which are already struggling with significant skills shortages.

One hopes the government continues to listen and understand the sector’s concerns – it’s just not clear whether in the end, such attention will make enough of a difference to other, mostly political agendas over Brexit.