Brexit: Why we need to get accustomed to digitalisation 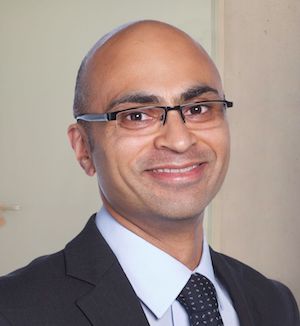 It’s been more than 30 months since the EU referendum, but if and when the UK stops being an EU member state and becomes what is known as a “third country”, the number of customs declarations is expected to increase from 50m to 350m a year.

British companies will be facing tariffs and customs checks, and OEMs such as Jaguar Land Rover (JLR), which cited Brexit as one of the reasons for cutting 4,500 jobs, have spent millions of pounds in preparation. But others, particularly those who have only ever traded with other EU member states, are woefully unprepared, prompting the British government to open a one-off £8m funding scheme for customs intermediaries and traders to support customs broker training and increased automation.

The cost of those customs declarations (and the related administrative burden) will have a major impact on companies’ profit margins –unless they automate their supply chains, in particular cross-border transactions, i.e. customs management. Thankfully, a high level of automation and supplier integration is already part of the automotive industry’s DNA. The sector appears to be assigning a much higher-than-average importance to the digitisation of import management, reflecting the nature of business in this sector, where global procurement plays a major role.

[mpu_ad]But more needs to be done when it comes to digitising customs and global trade processes such as export controls, origin and preferences, product classification, supplier’s declaration management, and import and export customs management – as well as integrating further partners, such as customs brokers.

Investing in opportunityThe good news is that this investment won’t be wasted, regardless of what kind of Brexit we’ll end up with. As it turns out, Brexit is not just a challenge, but also an opportunity to bring global trade operations up to speed and catch up on digitisation. In case of a free trade agreement between the UK and the EU after Brexit, software will help companies to manage preference calculations and supplier declarations easily, thus making their products more competitive.

And even in case of an exit from Brexit, companies will benefit from having complete transparency of customs processes in one single secure and automated solution. That’s because in today’s tough marketplace, they can’t afford customs barriers blocking their flow of goods. So, it makes sense to future-proof supply chains now. After all, global trade has always been affected by change, whether it’s new product classification rules, new trade agreements, new government customs systems or international sanctions. Companies need to be ready for changes, and integrated software solutions form the foundation for efficient and compliant global trade operations while providing the flexibility required for adapting to changes.

With or without Brexit, the key to remaining competitive is to establish solid foundations for customs management in order to ensure supply chain efficiency across UK borders. Considering the fast-changing environment of global trade, these foundations should be built on flexible technology that supports businesses in quickly adapting to market changes.