Car sector should be exempt from India-EU FTA says SIAM 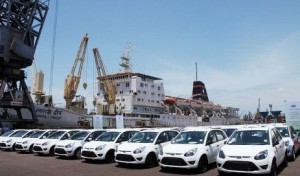 The free trade agreement currently being negotiated between India and the European Union is not in the best interests of India's motor manufacturing industry, according to trade body the Society of Indian Automobile Manufacturers (SIAM).

“FTAs with competing countries do not benefit the Indian automobile industry,” said SIAM in a statement, adding that such FTAs went against the principle of a ‘made-in-India’ industry, which added value at a local level and secured employment. “Completely built units (CBUs) of vehicles and engines should be kept in India’s negative list under the India-EU FTA,” said SIAM.

Negotiations for the EU-India deal first started in 2007, although any implementation has so far proved impossible because of major differences in key areas, such as the automotive business.

A discussion document released by SIAM noted that “[t]he negative fallout [of the FTA] will seriously compromise the interests of our investment, manufacturing, value-added [business] and employment at no obvious gain in trade or economic expansion.”

Furthermore, the industry body underlined fears that the reduction of tariffs on vehicles under the proposed agreement would be a complete reversal of the policy of maintaining high tariffs to force investment in manufacturing, adding value and employment at local level.

SIAM pointed out that the FTA would jeopardise the targets included in India’s Automotive Mission Plan 2006-2016, since some manufacturers had already started to withhold investment because there is no clarity with respect to tariff reduction in the automotive sector.

Furthermore, SIAM said that India would gain nothing from the pact but “lose significantly”, since the import duty in the EU is approximately 10% while India's varies from 60% to 100% for finished vehicles.

“Indian cars can already be exported at 10% duty to Europe. Obviously, India will not gain much by further reduction of EU duties for our cars, but if Indian duties are reduced by 50% or even more, it will be a substantial reduction in tariff. The gains will clearly be for the EU industry,” stressed SIAM.

Figures released by the industry body show that in 2013-14, the EU exported auto products worth $1.6 billion to India, a figure which includes $170m of finished vehicles. In contrast, India exported $1.2 billion worth of vehicles to the EU.