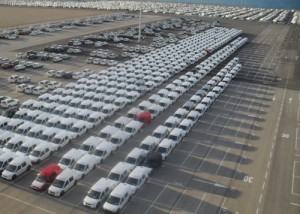 Carport, the specialist new vehicles terminal at the Spanish Mediterranean port of Sagunto, which is run by logistics provider Bergé Infrastructuras y Servicios Logísticos and administered by Valencia port authority, is reported to have filed for bankruptcy, with liabilities of €37m.

The original concession for the terminal was awarded to Bergé in 2007. The concession covered an area of 270,000 square metres, giving the facility capacity to hold 15,000 vehicles. Some €54m was invested in the project.

However, the financial crisis in Europe in the last few years has seen sales cut and exports to Europe reduced. So, while the terminal could handle 300,000 vehicles annually, in the last two years figures have been half that. As a result, in the last financial year, the company reported a loss of €2.3m.

The lack of a direct rail connection to the terminal has also prevented development, something that has exacerbated the overall problem.

Despite having earlier been awarded a contract by Ford to ship new vehicles between its factory in Turkey and distributors in North America, this has proved insufficient to keep the business running. Subsequently, Ford decided to shift manufacture of vans to its Almussafes plant in Spain and use the port of Valencia to export them, thereby reducing overall business at Carport.