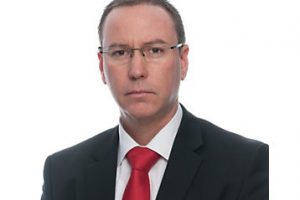 As part of a number of top executive changes at equipment maker Caterpillar, Chris Snodgrass is moving to a newly created position as vice-president of the Product Support and Logistics Division. He takes up the role on July 1st.

As head of the new division, part of Snodgrass’ responsibilities will be to oversee inbound and outbound logistics, warehousing functions, and packaging and container management, as well as parts distribution. He will also be responsible for the design and manufacturing of wear and maintenance component products.

Snodgrass moves from his role as general manager for Caterpillar’s Industrial Power Systems Division, which he took up when he joined the company in 2013. Prior to that he had a 20-year career that included senior and executive leadership positions with parts maker Meritor and with Daimler, including roles in the Mercedes Benz truck division in Europe and Freightliner Trucks in North America. He has also worked with engine manufacturer Detroit Diesel .

“Since joining Caterpillar, Chris has quickly demonstrated an ability to deliver results,” said Jim Umpleby, CEO of Caterpillar. “As general manager for IPSD, he’s played a significant role reducing material costs and driven substantial process improvements and results for the division’s sales and marketing functions. His significant outside experience and perspective combined with his sharp focus on customers make him ideally suited for this role.”

“We recognise the need to bring these groups into an organisation that will bring enhanced focus and strategic alignment to the existing and yet-to-be developed digital enablers for our products and customers,” Umpleby said.

The company is currently looking for someone to lead the new division.