CETM welcomes revival in Spanish haulage but calls for change 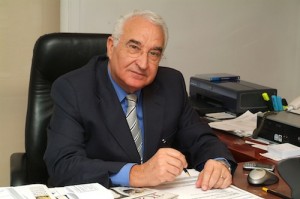 The head of Spain’s vehicle haulage association has welcomed positive signs in the market and called for a working party to represent the interests of the sector.

Daniel Tarragona, managing director of the SETRAM group (pictured), has had his position as president of the vehicle haulage association – CETM Portavehículos y Logística de la Automoción – extended for another four-year term. Speaking shortly after his re-election, he welcomed the fact that the market situation was changing and that, in the last few months, supply capacity had increased and the industry was beginning to pick up momentum.

“Hopefully, this will become a trend and it will become clear what the offer should be, since the market is now moving in our favour and we no longer have to degrade ourselves,” he said.

In his speech Tarragona said there was a need to set up a working party to defend the interests of the road auto haulage sector in respect of bodies such as the Economic Development Ministry, the Spanish Vehicle Manufacturers' Association (ANFAC) and the national traffic department.

He foregrounded issues, such as traffic restrictions, given the impact on the performance of the sector.

At the same event vice-president Carlos Mejia added that the sector would benefit from the creation of alternative routes for trucks, though trials with such schemes have already been tried unsuccessfully in Catalonia.

The organisation also called for fines to be more sensitively applied, especially in areas such as vehicle length. Currently fines can be imposed where a loaded car carrier is just two centimetres over the maximum permitted length of 20.55 metres, while drivers have been fined for starting a shift ten seconds before a mandatory rest period has come to an end.

According to Daniel Tarragona, there will come a time "that even a notary will have to be called to verify that a measurement has been made correctly and that a vehicle is good to go or not."

Tarragona also referred to the ongoing problem with cabotage within France, a subject that the organisation has been discussing for some time, but for which no solution has yet presented itself. Effectively, authorities in France, which allow three domestic movements per week, now regard each unloading of a vehicle as one of these trips; according to the CETM, it is only when a vehicle is completely unloaded that a full trip has occurred. Nowadays, a legal department is needed to interpret existing legislation, observed Tarragona.