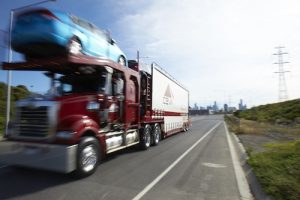 Mazda’s division in Australia has awarded two new contracts for finished vehicle services to Ceva Logistics, making it the exclusive provider of transport services for the carmaker in the country.

Ceva will manage the movement of Mazda vehicles from their arrival at port to delivery at dealerships in Victoria, South Australia and Tasmania. Mazda imports vehicles to Australia through the ports of Townsville, Brisbane, Sydney, Melbourne and Adelaide on the east coast. On the west coast it uses Perth and Darwin.

"Ceva will transport Mazda vehicles from all major ports in Australia, including at Port Kembla in New South Wales, Webb and Appleton docks in Victoria, Outer Harbour Port in South Australia, Freemantle Port in Western Australia, Fisherman’s Island in Queensland and the port of Darwin in the Northern Territory," a spokesperson for the company confirmed.

The logistics provider will also manage the storage and processing of vehicles for transport to dealerships in Western Australia.

Mazda ships vehicles to Australia from Japan and Thailand (Mazda 2 and the BT-50 pickup truck).

Ceva already provides transport services for Mazda in New South Wales and Queensland and the latest additions made the services provided nationwide.

“With the launch of several new Mazda models this year, including the first ever Mazda CX-3 and the new generation Mazda MX-5, Mazda in Australia is experiencing record growth,” said Kym Mellow, national operations manager at Mazda Australia. “In choosing Ceva as our sole national provider, we know we have a partner capable of handling our additional volume and storage throughputs, with a major fleet of reliable and efficient transporters, a national network of trained operators and allocators and, most importantly, a logistics team that understands Mazda’s philosophy of customer service,’ said Mellow.

Ceva's car carrying division in Australia operates more than 400 owned and subcontracted vehicles that carry out around 400,000 vehicle transport movements a year, said a spokesperson for the logistics provider. The company was unable to confirm how many vehicles it moved specifically for Mazda because of its contractual agreement with the carmaker.

Ceva’s managing director in Australia, Casey Fisher, did say the company was adopting a national pre-delivery notification process for Mazda that uses its bespoke C-PoD technology for real time information about every aspect of the vehicle transport process.

“[W]e will stay focused on delivering a range of service improvements to ensure all vehicles arrive at their destination in factory condition on or ahead of time,” said Fisher.