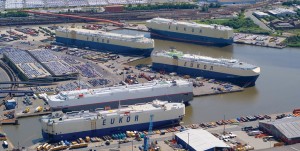 This news follows similar fines levied in Europe following a 2013 investigation by the European Union, Japan – courtesy of the country's Fair Trade Commission – and Chile, where competition authorities were involved.

The Chinese-led investigations lasted more than a year, and concluded that there was evidence of extensive price fixing on five routes, involving both finished vehicles and machinery. Indeed, on the route linking Europe with China, the evidence suggested that such practices had been routine for at least four years.

The various companies involved had arrived at a “mutual non-aggression” pact and collaborated between themselves to ensure they could continually increase prices and maintain market share. The investigators concluded that this had restricted competition, increased despatch costs, and effectively worked against the interests of exports, importers and consumers.

As a consequence of its findings, the NDRC has imposed fines of 4-9% on company income relating to business in China in 2014. In total, this comes to a combined $62.86m split between the eight shipping lines.

NYK Line was not fined, since it had revealed the existence of the monopoly agreement, and provided important supporting evidence. In contrast, Eukor Car Carriers was fined the most: $43,750,200. The company accepts the fine and says it will do its utmost to avoid similar occurrences happening in future.