China may matter less as a low-cost country sourcing location 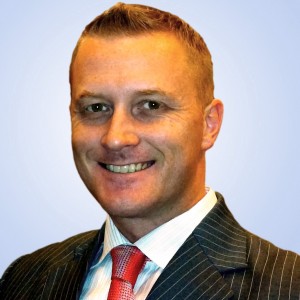 Rising labour, material and transport costs have all contributed to limit China’s role as a low-cost country sourcing location for automotive manufacturers, although the market’s growth has encouraged more local sourcing for vehicle production across the country, according to speakers at the Automotive Logistics China conference in Beijing.

Costs in China have been rising fast. Salaries have grown annually by 10-15% every year for more than a decade, well above the country’s overall GDP growth and inflation rate, said Dr Martin Lockström (pictured), a professor at the Nordic International Management Society, an expert in supply chain management in China. When taking into account the appreciation of the yuan, Lockström said that labour costs had increased by four times in US dollar terms since 2005.

Lockström said that such costs, along with high staff turnover, were pushing manufacturers to look towards other countries as possible sourcing hubs, such as Southeast Asia or Mexico.

Marco Wang, head of parts export operations for Asia Pacific at Fiat Chrysler, admitted that China’s growth as a purely parts export hub had slowed. While parts exports for Chrysler out of China had grown from around 100 TEUs per year in 2005 to around 1,000 TEUs, Wang pointed to higher shipping costs and lead times as reasons why using China as a sourcing location for the US or Europe did always make sense.

Wang said that efforts by container shipping lines and freight forwarders to reduce costs had extended lead times, which increased the inventory carrying costs for manufacturers. “Six or seven years ago, the lead time from China to Europe was around 25 days, while today it is 35-40 days,” said Wang. “That makes a significant difference, and so we are looking for ways to reduce the total supply chain costs.”

Parts export volume out of China is still significant, even if growth is slower than in the past. Jason Xu, sales director at Gefco China, revealed that a Gefco part consolidation platform for PSA in Shanghai exports around 3,000 TEUs per year for production in Russia and Argentina, including 350 different parts from 50 Chinese suppliers. A highly coordinated supply chain allows Gefco to help PSA manage the parts on a just-in-time basis even across intercontinental delivery.

However, the conference suggested that the main growth for China remained in local production and sourcing, with OEM executives suggesting that they were looking to shorten supply chains. Carmakers including FAW-Volkswagen, Shanghai Volkswagen and Qoros cited examples of using local supplier parks wherein a large share of the supply base could site their production or final assembly.

Lockström predicted that western regions such as Chongqing and Chengdu would become much more important as sourcing hubs to remain closer to the growing production bases there.

Main sessions from the conference were streamed live this year and can be viewed online.