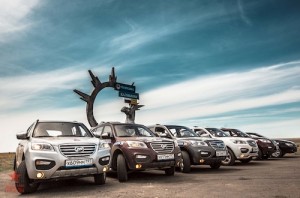 Chinese carmaker Lifan is looking at the launch of car production at a facility in Russia and has said it would be in one of five possible locations in the special economic zones (SEZs) surrounding Moscow. The announcement is stoking interest amongst Russian partners but conditions in the market may need to show signs of improvement before a final decision is made.

“We are extremely interested in the attracting this company,” said the deputy chairman of the Moscow Oblast, Denis Butsayev, adding that Lifan is currently considering the SEZ at Dubna, 130km north of the Moscow, as one of its choices.

Representatives of Lifan would not comment on the plans, only commenting that Lifan had a strategic partner in Russia – Derveis – and that cooperation with the company continued.

According to authorities in Moscow, Lifan intends to launch the first stage of production between 2016 and 2017, with an annual production capacity for several tens of thousands of vehicles and a view on increasing this to more than 100,000 cars by 2020.

The company plans to invest around $200m and requires around 50 hectares of land.

According to a representative of the Lipetsk SEZ, 440km south of the Moscow and another potential site for the plant, Lifan is expected to finalise its choice by the end of the summer this year.

A representative of the Russian division of Lifan confirmed that the company would only build the plant in one of Russia’s SEZs.

“Among the standard benefits of SEZs are tax holidays for several years and the free customs zone, which are interesting for us,” said a representative for Lifan in Russia. “We don’t have an agreement on industrial assembly so it is also important for us that SEZ residents can import materials and components for production free of duty. Also, considering exports, it is also important that residents of SEZs can export finished products with the lower export duties.”

However, the representative also cautioned that there remained factors that could force the company to reconsider its plans for expansion in Russia. The first of these was continued poor sales in the country, which has already hit Lifan in the first months of 2014.

“Production in Russia will help Lifan to reduce costs and increase sales, and the capacity of 100,000 cars per year will be the optimal size,” said Vladimir Bespalov, analyst at Russian exports agency VTB Capital. “However, it will be hard to sell all these cars in the country [as] the Russian car market is falling. This year, according to forecasts of the Association of European Businesses, it will drop 12% to 2.45m cars. Meanwhile, the capacities of the existing car plants are growing.”

Lifan also needs to be ready to face increasing competition from other Chinese brands. Great Wall Motor wants to build a plant in the Tula region with capacity for 150,000 vehicles a year. Meanwhile, Geely is also considering plans to increase capacity of its assembly plant in Belarus to boost supplies to Russia.