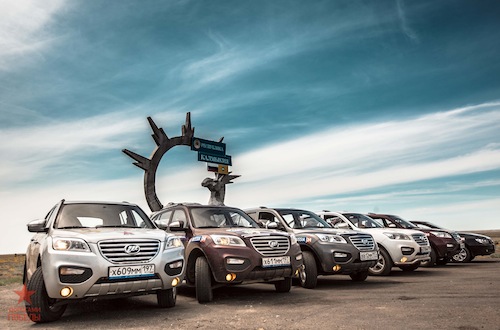 Several Chinese carmakers, including FAW, Haima, Great Wall and JAC, have halted the delivery of cars to Russia this year faced with the fact that they did not receive vehicle type approval certificates for 2016, and may not receive them at all, leaving the future of any deliveries in question.

“Unfortunately, car dealerships have no cars from 2015 or 2016. So far, the certificate has not been renewed, so these models will not be delivered. The decision on the certification of these cars will be made later,” Alexei Lazarev, the head of advertising and marketing at FAW Eastern Europe said.

Dealerships have confirmed the suspension of deliveries from JAC and Great Wall, although they have refused to comment further, saying that the final decision on further business development in the country has not been made.

“In 2015, 152 JAC models were sold in Russia, which is 64% lower than in 2014. There is no point in delivering the cars, as dealerships are struggling to sell warehouse stock. We have heard from our partners that at the current rate of sales, delivery of small shipments of vehicles from China is very expensive per unit, especially given the fact that in each region of Russia, there have only been several units sold,” a source from a local JAC dealership said.

Hope for Derways plantA significant portion of the Chinese cars in the Russian market are supplied by the Derways plant in Chercesk, which has agreements to assemble Brilliance, Haima, Hawtai, JAC, Lifan, Chery, and Geely models. It has an annual capacity of 50,000 units, but produced around 25,000 cars last year.

At the end of 2015, Derways purchased Himeks, in an attempt to acquire the agreement for industrial assembly that belonged to the company. Derways then applied to the Russian government to add Himeks to the list of companies approved for preferential import.

If the Russian authorities agree to this, all Chinese partners will get the right to import components and knockdown kits at zero duty, compared to the 25% duty they currently pay. However, experts have suggested that it is unlikely the Russian government will grant permission to Derways.

“In general, it is hard to understand the status of the agreement,” said Vladimir Bespalow, analyst at VTB Capital. “If Derways starts work from the beginning – with small production volumes and localisation – it will put it in a privileged position compared to other producers that have switched to a more capital-intensive stage. At the same time it is difficult to imagine that Derways will immediately go to the second stage with the requirement for production of 30,000 cars per year.”

Long-term plansThere are a number of Chinese carmakers that are currently engaged in the production of cars at the Derways plant that are looking to launch their own plants in Russia, according to various company representatives. However, these plans are mostly long-term, and would not happen before the market has stabilised.

“It is one of our strategic objectives to increase the localisation of Lifan cars produced at the Derways plant, and use more Russian components during assembly. We plan to start production at our plant in Lipetsk probably in 2017,” a spokesperson for Lifan Motors Rus told Automotive Logistics.

“Just recently we started to equip Russian cars with locally-produced components. I think the level of 50-60% would be perfect for us, but at the moment the deepening of localisation is suspended,” Gennady Pavlov, general director of CJSC Chery Automobiles Rus said.

“Russia is one of the key markets for Brilliance Auto, so in the medium term, we plan to open a fully-fledged production plant. If we talk about the level of sales, the opening of our own plant will require 30,000 units per year,” a spokesperson from Brilliance Auto said.