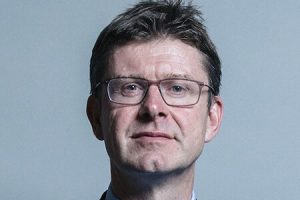 British business minister Greg Clark (pictured) has suggested the UK government wants to avoid any new trade friction over the processing and transporting of automotive products with the European Union after Brexit, despite open disagreement among cabinet ministers over what sort of customs arrangement should be put in place.

Clark, who is secretary of state for business, energy and industrial strategy, told delegates at the FT Future of the Car Summit in London on Tuesday (May 15) that part of the British car industry’s recent success had depended on uninterrupted trade with Europe.

Clark cited Toyota’s investment earlier this year at its assembly plant in Burnaston, in the Midlands, and at its engine plant in Wales, which depend on daily flows of parts and materials from Europe by ferry, truck and rail. Around 85% of finished vehicles from Burnaston are exported, most of them to Europe.

“I know from Toyota and many other examples that it is crucial [to ensure] that our supply chain relations are flourishing by avoiding the introduction of new frictions,” he said.

Clark also cited the importance of UK producers remaining part of a larger market, particularly if the country is going to be a leader in new technology, including electric vehicles and batteries.

“We have to be part of a larger market. If we regard ourselves purely as a domestic market including just the UK population, that is not the right ambition to have,” he said. “We have been successful and we export right across Europe – and it is a flourishing market for us.”

Clark’s message will chime with many in the UK and European automotive industry who have stressed the benefits of the UK’s membership of both the European single market and customs union, which allow for the free flow of goods, services, labour and finance. The industry views customs arrangements, in particular, as crucial to logistics flows and just-in-time production processes, including European vehicle manufacturing body ACEA, which recently issued a warning about the risks to production of over-complicated customs arrangements.

Customs disunion
The UK government is currently struggling to define what sort of customs arrangement it aims to have with the EU, however, following Brexit in March 2019 and the 20-month transition period set to follow.

Prime minister Theresa May has called for a customs partnership allowing the UK to collect duties and tariffs on behalf of the EU and refund them where needed. Some in the government and parliament, however – including foreign minister Boris Johnson – have criticised the idea, calling for implementation of customs borders that will be based on the use of technology, rather than physical barriers.

Neither arrangement currently exists for any other European country and officials in Brussels have deemed both unworkable.

Opposition parties, meanwhile, have called for a customs union that would keep the UK largely within the current framework. The government has dismissed this idea, suggesting it would prevent the UK from entering new trade agreements with non-EU countries.

The House of Lords – the upper chamber of parliament – has already rejected the government’s customs plans and a number of other issues related to Brexit. A vote in the House of Commons on the issue has been delayed as the government reassesses its position.

‘We want a seamless flow, whatever you call it’
The resulting lack of clarity is of serious concern to many in the automotive sector.

Ian Robertson, special representative in the UK for BMW Group and a former member of the board of management at the carmaker, has echoed points made back in 2016, highlighting the volume of automotive flows back and forth across the Channel each day.

“As an industry, there are around 2,000 trucks per day through Dover. Anything that disrupts that is a problem,” he said. “We don’t care what it is called, but we want a seamless logistics flow.

“There is a lot of political rhetoric right now, and we need to reinforce a common-sense position every day to avoid knocking the UK off course, as this is otherwise one of the most exciting times for the industry,” he added.

Greg Clark, considered a more pro-EU member of the cabinet, has admitted the government is still discussing its options and suggested that there is no specific deadline to come to an agreement. Clark recently visited the border between Sweden and Norway which is also a customs border (although Norway is a member of the single market) to assess how it works.

The government has since announced it will publish a white paper on Brexit ahead of a Council of Europe meeting in June, which should include its position on a number of key trade, economic and security issues.

Issues around customs arrangements, maintaining frictionless trade and how to keep the automotive industry moving will be discussed in depth at the next Automotive Logistics UK conference, which will be held on October 9-10 at Silverstone, in the East Midlands.