Closing the gap in Africa 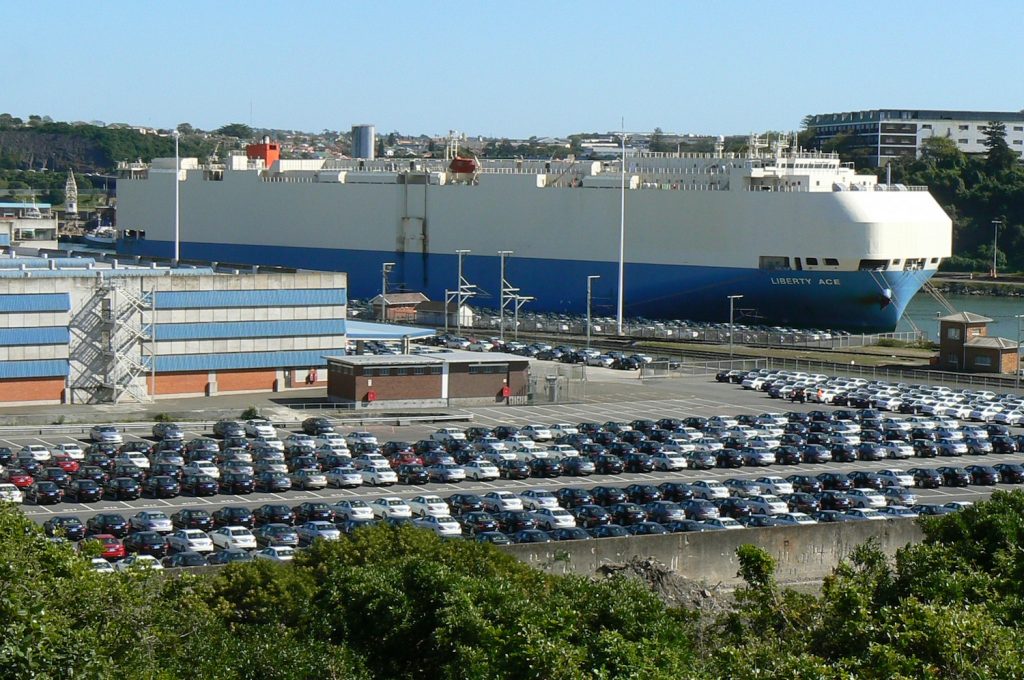 South Africa’s vehicle exports to the rest of the African continent, particularly on the west coast, continue to grow, presenting an opportunity for a variety of carriers who service the country’s main export hubs.

However, despite the relative proximity of these markets to South African manufacturers, the logistics gap is surprisingly wide. Infrastructure issues, including poor roads and rail tracks, as well as limited shipping services, often make lead times long and delivery dangerous. Ro-ro shipments, for example, often have to route via the east coast or even Europe before calling at west African ports. Other alternatives, including moving cars in containers, have limits in load factor and quality standards, but are faster than ro-ro.

The east coast city of Port Elizabeth is one of South Africa’s biggest automotive import and export hubs, with Volkswagen, Ford and General Motors based there; Mercedes-Benz has a factory 140km away further up the coast in East London.

Others further afield, such as BMW and Nissan, who are based inland in Gauteng province, use rail to move their products to Durban, Port Elizabeth or Ngqura, all on the east coast.

Location, as they say, is everything and given the dominance of Indian ocean ports for the country’s seaborne trade, it follows that ro-ro carriers use the eastern route to move cargo. Invariably, ro-ro shipments to west African ports also move via this route, adding to lead times.

Selecting a port of call is based on a specific trade with inducement calls made to ports beyond a base trade route depending on cargo volumes and timings.

Ultimately Höegh Autoliners remains confident that business across Africa will continue to advance for ro-ro cargo, notably for equipment used to develop infrastructure, construction and mining, as well as vehicles.

The company also noted that there is a need to develop more opportunities for cargo to be fed from hub ports around Africa into smaller ports, which would prompt the need for local ro-ro and feeder lines to develop in this area.

While most passenger cars made in South Africa are exported, African countries are its main destination for commercial vehicles, according to the country’s Automotive Export Industry Council. In 2013 South Africa sent nearly 17,000 light vehicles and 2,700 medium-to-heavy vehicles northwards.

Most of the exports are taken up by the 15 members of the Southern African Development Community, which are based in close proximity to South Africa. While much of this freight travels by road, shipping remains a central logistics strategy for exporters. 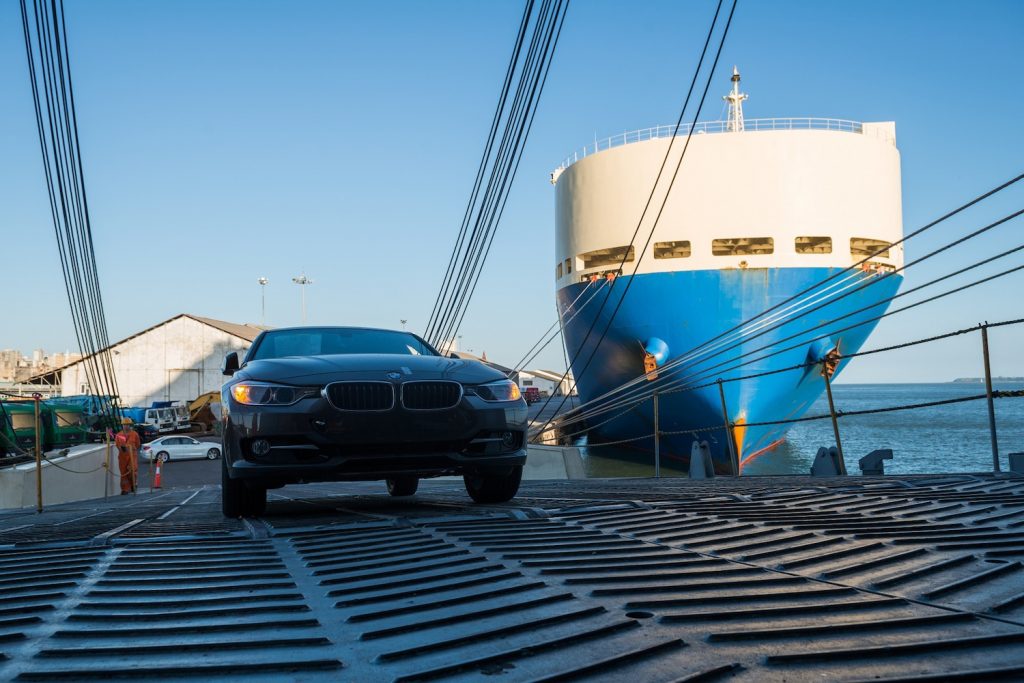 BMW ships vehicles by rail to the port of Durban, as well as to ports of Elizabeth and Ngqura, from its facility in Gauteng.

Although the economics usually favour ro-ro, lead times to west African destinations can limit its appeal, particularly for time-sensitive shipments. Here, containerised shipping has the edge as sailings are much more frequent from South African ports, and traverse both east and west coasts.

However, standard containers are not ideal, mainly because in rough weather a car is at risk of sliding around and incurring damage. If there is more than one vehicle inside, damage is almost certain. That is why several companies offering containerised logistics have developed ‘cassette’ systems to secure vehicles and improve load factors.

One such system is Kar-Tainer, which can load between two and five vehicles per container, depending on the configuration and container capacity.

“South Africa has always been a very strategic market for us,” said Richard Cox, Kar-Tainer CEO. “It is one of those niches where the three big German manufacturers, Daimler, BMW and VW, have a very considerable presence.”

Cox said these manufacturers import a large portion of their parts from their originating factories in Europe. This in turn creates a massive imbalance of empty containers in South Africa, which favours the economics of using them to export cars as shipping lines discount outbound movement to encourage their use.

Kar-Tainer developed its system by working with manufacturers, Cox said, thus incorporating vehicle designs into the equipment. Its cassette system consists of steel frames onto which cars are loaded, and which are then inserted into the container with a forklift.  The process is simple and effective, easy to construct, and requires little maintenance.

Cars can be pre-staged – that is, preloaded – onto the cassettes before containers are available, saving time and speeding up the loading process.

“Regularity of shipments out of the South African market has always been an issue,” Cox noted. This means the numbers of cars build up in vehicle yards, where they are exposed to risks that include weather damage and theft. Security has to be provided until the vehicles can be shipped.

“The huge advantage that the container has as a vehicle mode of transportation is the vehicle is immediately secure once it is loaded, and container vessels are leaving on at least a weekly basis,” he says. 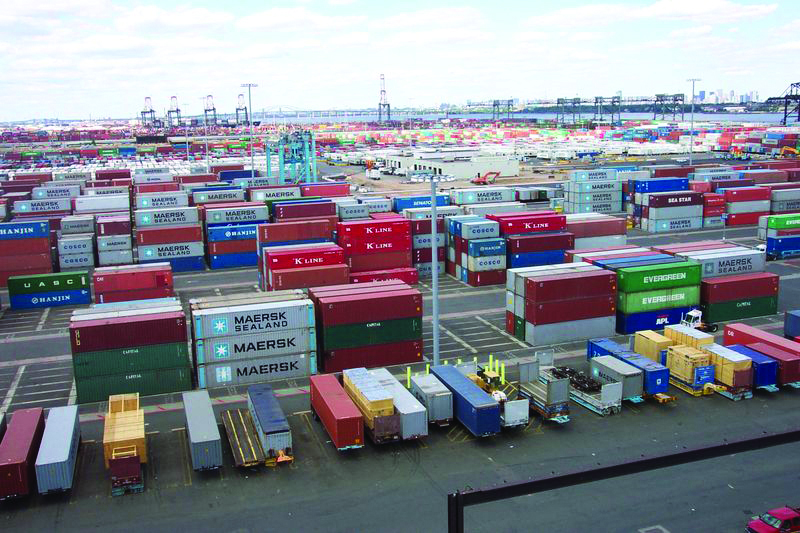 Another company to take a crack at the problem is SDV Bollore Africa Logistics. In conjunction with Matthew Bailey and Roelof Kruger, the company has developed what it calls the ‘SailSafe’ system.

“A ro-ro [vessel] goes from Durban to Dubai maybe once a month,” said Bailey, now an automotive manager at SDV. “Then it moves through the Suez to Rotterdam for refuelling, from where it makes its way down the west coast. So a delivery expected in a west African port can take up to 70 days transit time. Commercial vessel sailings, on the other hand, take place weekly and will go directly up the west coast.”

Container transit, therefore, takes around 15 days on average, and even as little as one week, Bailey said. However, apart from risk of damage, another factor that weighs against non-adapted containerised transport is that often as few as two vehicles can safely be stowed inside. This pushes up costs.

What Bailey and Kruger realised was that plenty of room was going to waste; used car dealers would cram vehicles in a container, even hanging them from the roof using welded chains.

“Second hand car importers don’t really care about damage because they can bash out dents on arrival; they’ll jam up to five vehicles per container, welding chains to the roof from which to hang cars,” Bailey adds.

The SailSafe system entails a vehicle being driven into the container and its front wheels secured. A forklift is used to raise the back and both rear wheels are removed and stored under the vehicle.

A metal stand with a rotating head is attached to the wheel hub, securing it in place, and also providing a buffer against the sides of the container. A second vehicle is driven in with its nose under the raised back of the first vehicle, and it, too, is raised. The third vehicle is simply driven in directly and secured. The entire process is reversed on arrival, and takes about 20 minutes each side.

All of these systems, however, struggle to overcome a disadvantage all shippers to the African continent must face: ageing infrastructure and rising congestion at ports that is getting worse by the year.

According to the African Development Bank, port throughput in the period between 2010 and 2040 will go from 265m tonnes to more than 2 billion tonnes. For carmakers in South Africa to realise their home ground potential, infrastructure investment over the coming decade will be crucial.