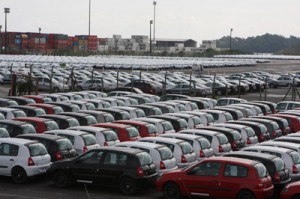 Antonio Sérgio Martins Mello, vice president of the National Association of Automobile Manufacturers (Anfavea), believes that the recent deal signed by Brazil and Colombia in respect of finished vehicles sales will have a positive influence on the Brazilian motor industry.

“The automotive agreement with Colombia is of great importance to Brazil and for the domestic [automotive] industry,” he said. “It will help Brazil regain its position as a vehicle exporter, which is already an important business niche for this country.”

Automotive exports totalling $13 billion – including vehicles, parts and components – have been produced by Brazil in a single year, with the record so far of 900,000 units sold in a single 12-month period. However, in recent times, Brazil has begun to be less and less competitive in overseas market and exports have fallen away, noted Mello.

“The agreement with Colombia has come at the right time, helping the Brazilian automotive industry to regain export markets,” he said, noting that it had taken more than five years of patient negotiations to arrive at the agreement.

Under new rules, import duties for imported light passenger cars and commercial vehicles no bigger than 3.5 tons will be reset. And these rates will apply to 100% of all imports from both countries, with quotas to rise year-on-year.

In the first year, each country will have a quota of 12,000 units, rising to 25,000 units in the second year, thereafter climbing to 50,000 units. In total, the agreement will remain in place for eight years, although it could be further extended, following a review at the end of the third year.

Mello believes that Latin America is Brazil's natural export market for finished vehicles, given the geographical proximity of the surrounding countries. Agreements such as those signed with Colombia, he said, can but benefit all manufacturers operating in the country, which has the largest finished vehicles capacity not only in Latin America, but also in the world.

Further discussion of trade agreements in South America will be a feature of the forthcoming Automotive Logistics South America conference, which takes place in São Paulo, Brazil, on November 3rd this year.