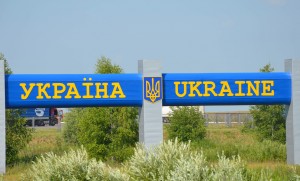 Despite earlier plans to cancel or substantially reduce customs duties on the import of vehicles to Ukraine, the country’s parliament (the Verkhovna Rada) has now published a bill that actually increases the rate of tax.

"The Cabinet of Ministers with the support of Parliament prepared amendments to the tax code, which will affect the automotive industry,” said Oleg Nazarenko, head of the All-Ukrainian Association of Automobile Importers and Dealers (VAAID). “In particular, it is planned to increase the excise duty on foreign cars twice while the utilisation fee will be increased by 8%.”

Last year, Ukraine followed Russia's examples by implementing a 'utilisation' fee to cover the costs of recycling vehicles imported to the country. As with Russia's, it is largely seen as a protective move to support local manufacturers. The utilisation also followed 'special duties' on imports, which experts have said contributed to sharp fales in Ukrainian vehicle sales.

The new bill proposes increasing the rate of excise duty for new cars and motorcycles with engine capacity exceeding 0.5 litres by twice the current rate. In addition, it will set the excise tax on motorcycles with an engine size up to 0.5 litres at €0.06 ($0.08) per/cm3.

At the same time the Ministry of Finance, which is thought to have instigated the turnaround, is not expected to increase the excise duty for cars produced by Ukraine’s carmakers or for local complete knockdown kit (CKD) assembly, according to VAAID. Those companies assembling vehicles from CKD kits will not be affected by the decision regardless of the level of parts and supply localisation.

The latest measures, including the increase in the utilization fee by 8%, constitute a reversal of policy of the new Ukrainian government, which has overturned earlier promises made by the previous regime and has resulted in widespread confusion amongst the authorities involved in implementing the legislation. Last week, Ukraine’s prime minister Arseni Yatsenyuk postponed signing the economic part of the agreement concerning the creation of the Free Trade Zone with the European Union, which would have eventually led to a total withdrawal of any fees on imported cars. However, on March 19th the Ministry of Economic Development announced that it was considering completely lifting the utilisation fee on imported cars, according to minister Pavel Sheremet.

“There is a complete mess,” said Nazarenko. “It feels like the ministries are working in absolute isolation from each other.”

The bill to increase import and utilization fees will take effect in the next few days, but Nazarenko promised that VAAID "would take all necessary measures to prevent lawlessness". According to him the latest legislation governing the automotive market repeats all the same mistakes that the old one did, namely introducing senseless protective duties and taxes on imported cars, which hurt both businesses and ordinary citizens of the country.

The recent crisis in Ukraine, including Russia's annexation of Crimea, are expected to further hurt vehicle sales in Ukraine. There are fears that further sanctions imposed on Russia by the US and EU could also lead to further falls in sales in the Russian market.