Covid-19 and Brexit – a double whammy for UK automotive 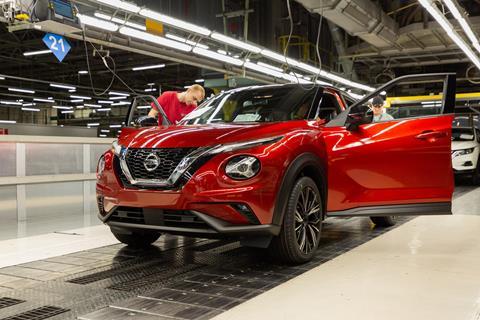 Following the Automotive Supply Chain March update, broadcast on March 27, there were a number of questions from viewers relating to the impact of the coronavirus pandemic on the automotive industry that still needed to be answered.

Last week the webinar’s panellists – Daniel Harrison, Wolfgang Lehmacher and Christopher Ludwig – reconvened to tackle some of them, including how the UK industry would fare given the double impact of coronavirus and Brexit.

According to Harrison, analyst at Ultima Media’s Automotive business intelligence unit, the combination of the two will further delay the implementation of Brexit and could lead to trade on WTO terms with an impact on demand and production that would undermine the viability of the UK as a production base for certain carmakers. Under those terms cross-border vehicle shipments are subject to a 10% tariff and parts components 4%.

“We are likely to see demand drop irrespective of what happens with Brexit [because] the UK is currently in a sort of 11-month limbo or transition period, and the full effects of Brexit  won’t occur until 2021,” said Harrison, adding that efforts to renegotiate or once again delay the implementation because of the damage done to demand by the coronavirus would further damage UK GDP.

“Unless there’s some magical sort of trade deal that is tariff free, and that is negotiable with the EU within the next seven or eight months, and I can’t foresee that happening, inevitably we’re going to fall back on WTO tariffs.”

Harrison said the impact on demand and production in the UK would effectively determine the viability of carmakers, such as Nissan, to stay in the country long-term.

Diversification for rebound
The UK falls within a range of countries in Europe expecting a two or three-month lockdown because of the spread of coronavirus, alongside Belgium and the Netherlands for example. While not having controlled the spread of the virus as well as Germany or some of the Scandinavian or Eastern European countries, it is not so severely affected as Italy or Spain. The recovery of the UK automotive industry inevitably depends on how its government manages the rate of infection and the recovery, from humanitarian and economic perspectives.

“How governments manage the crisis plays a role,” said Lehmacher, an independent supply chain and technology strategist. “And in addition, I think that countries that have a large domestic consumer basis, with a diversified economy and diversified production landscape, will rebound faster and better.”

Currently the UK is experiencing unprecedented levels of economic stimulus and government intervention, dwarfing what was seen 12 years ago during the financial crisis. The Keynesian mix of fiscal and monetary policies that are being used are a good instrument to create confidence and restart the economy, according to Lehmacher. He said the difference between what governments were doing right now to support people, namely turning the economy off in effect to deal with the health crisis, was quite distinct from the stimulus measures that will be required to kickstart the economy afterwards and the longer it went on the more borrowing was required.

“Companies benefit from the support and can rely on the state, they don’t need to invest in the future. So usually productivity goes down and when you flood the market with liquidity, of course inflation goes up,” said Lehmacher.

Currently around 3% of GDP is spent on interest payments, according to Lehmacher, but only because interest rates are at record lows. The risk is that if national debts caused by the coronavirus are not paid during positive periods in the economic cycle, national debt persists and leads to tax rises that inevitably hit consumer demand for new vehicles.

“What happens if we have another crisis in two years’ time and the government begins to run out of ammunition to respond to it?” asked Harrison. “Interest rates are already at record lows, they are already very leveraged in terms of national debt.”

That situation diminished the options open to the government for sector support.

Ultimately however, efforts to promote new energy vehicles in the face of overarching policy on meeting climate targets will help stimulate investment in the automotive sector. While there will be business failures and restructuring in the wake of the coronavirus, and perhaps Brexit, the automotive industry will quickly return to focus on what Lehmacher referred to as “the green swan of emissions targets”. Medium to longer term, there are greater changes ahead for the automotive industry as it works to comply with emissions government targets on emissions control.