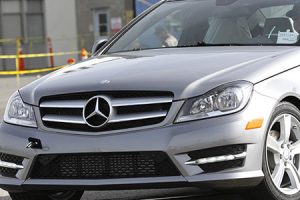 Daimler has applied to Russia’s Ministry of Industry for a special investment contract (SIC) to start assembling Mercedes-Benz passenger cars at a site near Moscow by 2018. Regional governor Andrey Vorobiev said at a recent press conference that the plant would be located near Sheremetyevo International Airport and would have a capacity of 25,000 cars per year, most likely producing S, E, ML, GL and A series models.

Vsevolod Babushkin, deputy head of the department of transport and special machinery at the ministry, said the project had been given preliminary approval and that the final decision lay with Mercedes-Benz. So far the carmaker has not said whether it will definitely be going ahead with the new plant or not.

“Within the scope of our growth strategy, we review continuously whether our current production network serves market demand optimally – this also applies to Russia,” said a spokesperson for Mercedes-Benz Cars in Germany. “In this context, we are in dialogue with the Russian government to check whether the economic requirements for local passenger cars production are fulfilled.”

A similar response was provided by Mercedes-Benz’s office in Russia. “We will continue the dialogue with the Russian government to finalise the economic requirements for local assembly of cars,” said a spokesperson for Mercedes-Benz Russia, adding that at the moment, deliveries of finished vehicles to the country were taking place via Paldiski port in Estonia.

Daimler could use its existing agreement with Russian truckmaker Kamaz to import components for the new plant at a reduced rate of duty.

The move is by no means certain yet: analysts point to previous plans by BMW to launch a new assembly plant with its partner Avtotor in Kaliningrad in 2013 with an investment of €1.5 billion ($1.6 billion) – that plan was ultimately abandoned, however, due to Russia’s subsequent economic crisis.

One of the main reasons Daimler may be keen to invest in a plant there, say analysts, is the potential for sales to the Russian state itself. Mercedes-Benz was a very popular marque among Russian officials until Prime Minister Dmitry Medvedev signed a resolution banning state purchases of imported cars and other vehicles back in 2014.

“In order to sell cars to the public authorities it is necessary for a company to have production capacities in Russia,” explained Dmitry Chumakov, CEO of Vector Market Research Agency. “This would comply with existing procurement rules and make the manufacturing of the product more attractive from a standpoint of cost.”

SICs are a relatively new way for the Russian Ministry of Industry to support foreign investment projects. They define a number of advantageous trading conditions outside investors will benefit from, including favourable tax arrangements, for a period of 10 years but in return oblige the investor to spend at least 750m roubles ($12m) on the construction of a facility in the country.

According to Association of European Business, Mercedes-Benz leads the premium segment of the Russian car market. In the first five months of 2016, it sold 16,000 passenger cars there – some 17% down on the same period the previous year but still ahead of its main competitors, BMW and Audi.

The latest announcement about Daimler’s production aspirations in Russia follows reports earlier this year that it was negotiating to take over GM’s former plant near St Petersburg.