Deliveries are feeling the crunch 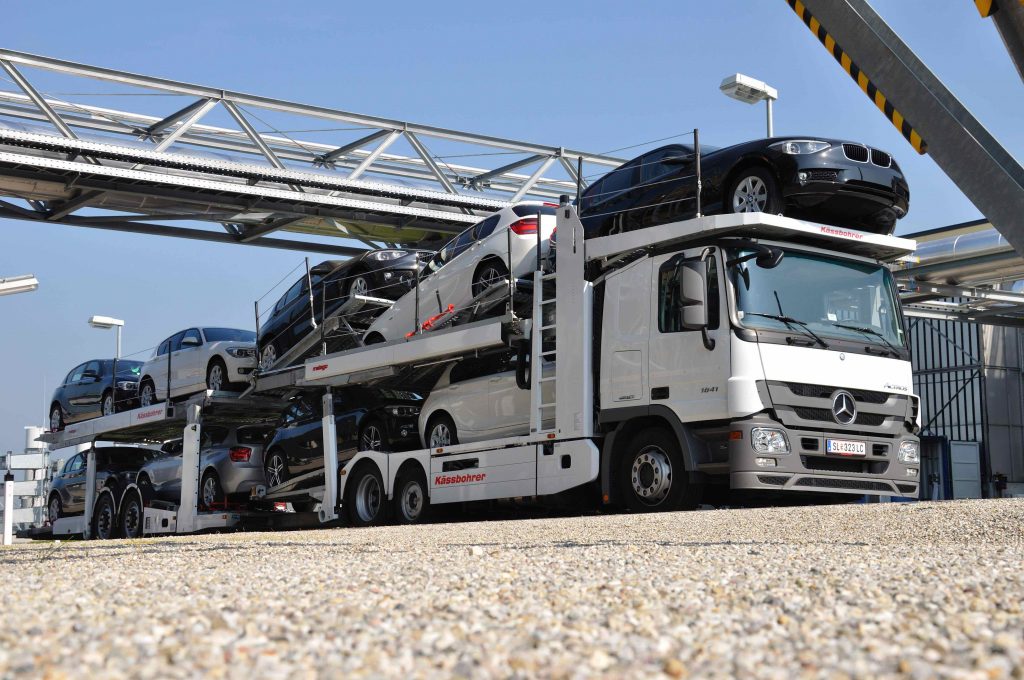 If you can’t get your product to market, every other competitive advantage is lost – a problem Europe’s OEMs could face as transport capacity tightens for moving finished vehicles

New vehicle registrations across Europe have been rising, including double-digit sales increases in recent months across the EU. ACEA, the European carmaker’s association, recently revised its sales forecast for 2016 upwards, from 2% to 5% growth, while IHS Automotive made a similar forecast, with EU and EFTA volume set to approach 15m units – still a million below their 2007 levels.

Production is also growing. According to PwC Autofacts, EU light vehicle output, which has risen strongly since the recession, will grow from 18.1m units in 2015 to 20m by 2022.

That, at least, was the outlook before the UK vote to leave the EU on June 23rd, just before this issue went to press. The impact of that decision on the UK market, which had been one of Europe’s hottest for the past several years, is anticipated to be significant, at least by 2017. For the rest of Europe it is less certain.

Till now, the logistics sector has been more worried about capacity shortages and delays getting vehicles to markets.

The ECG has been doing its part, including running workshops and increasing communication with OEMs to improve the situation. However, many in the European industry say there’s a need for cold, hard cash to invest in capacity. That’s particularly the case with road transporters, where most agree that supply and demand are finely balanced and that it only takes minor deviations from normal levels of demand for bottlenecks to occur.

Anecdotal evidence from industry insiders also points to squeezes at railheads and several ports and terminals, as well as skills shortages in the sector, particularly among transporter drivers who are difficult and expensive to recruit, train and retain.

All of which poses the question: with vehicle sales below pre-recession levels, why are such capacity shortages occurring at all? And what can carmakers and their suppliers do to help alleviate the pressure on logistics resources?

[sta_anchor id="1"]Targeted investmentsThere are no simple answers, but the bottom line is that, stung by the recession, providers are playing the recovery cautiously. It is inaccurate to suggest logistics and infrastructure providers are not investing at all. They are investing, but primarily to target specific demand or gain a competitive edge. Port terminal operator Luka Koper, based at the Slovenian port of Koper, is a good example. Car terminal director Gregor Belic reports that a series of investments undertaken since 2009 – at the recession’s deepest point – have facilitated an almost doubling of car throughput to 607,326 units in 2015. In future, Belic intends to match investments in capacity to carmakers’ requirements. 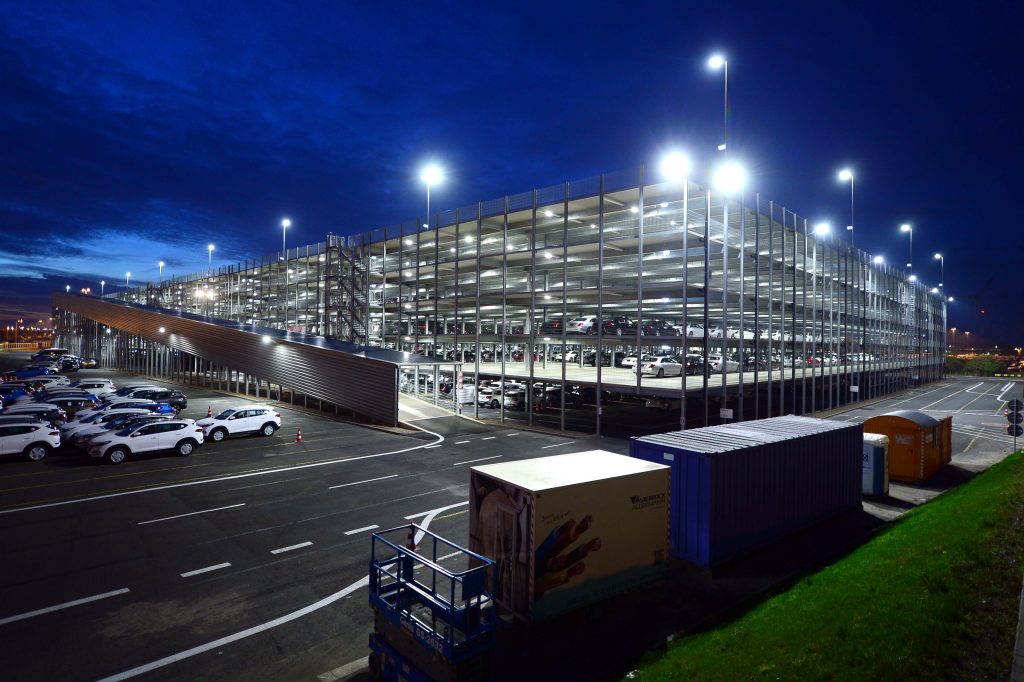 BLG’s continued investment has included the contruction of a multi-storey car park that increased its storage capacity at the port of Bremerhaven by 5,000 vehicles

The UK’s Associated British Ports (ABP), which serves a British market that has reached record sales levels, plans to double storage capacity at its Humber vehicle import and export ports Grimsby, Immingham and Killingholme, reports Ashley Curnow, the company’s executive business officer for the Humber (in plans made before the ‘Brexit’ vote).

Likewise, Wolfgang Stöver, sales and marketing director at Germany’s BLG Automobile Logistics, reports a series of capacity-boosting investments. “Before the recession, we had decided to invest in our own fleet of railcars [wagons],” he says. “Europe’s fleet is around 16,000 railcars and many of them are quite old, so investments are potentially very attractive, especially given automakers’ growing preference for rail transport. So despite the recession, we continued investing in railcars until 2014, when we reached our original target fleet size of 1,400.”

This year, BLG has commissioned its eighth river-based ro-ro barge for use on the Rhine and Danube. A year ago it also developed a former truck base at Dodendorf, eastern Germany, into a full inland terminal and vehicle distribution centre. In 2015, a new multi-storey car park was built at its car terminal at the port of Bremerhaven, increasing storage capacity by 5,000 units.

“BLG has always shown its willingness to invest, even in difficult times, and despite the fact that there is a high volatility in our business. That’s because we want to be a long-term provider for our customers,” Stöver adds.

[sta_anchor id="2"]Self-made suffering on the roadOne of the major reasons that logistics providers appear to be so cautious about investment is because the profitability of those investments might be jeopardised by intense competition and rate cuts. And nowhere is more exposed to competition than the road transport sector.

ECG members data suggest that Europe’s transporter fleet is around 16,500 units, down from 19,000 in mid-2008. The average age of carriers, meanwhile, is estimated at 7.5 years compared to 3.6 years back then. That’s largely the result of cut-throat competition and pricing, especially during the recession, which led to many smaller and less well-capitalised carriers exiting the market, says Ray MacDowall, chairman at UK-based road transporter and compound operator ECM.

Among those that remain, says Wolfgang Stöver, investment in transporters has been made on a “replacement only” basis – and sometimes not even that. As a result, he suggests, road transport shortages are attributable to carmakers’ own aggressive approaches to pricing and contract durations during and following the recession.

“It’s a self-made problem,” he asserts. “Before the crisis, we experienced multiple waves of cost-increasing factors that many carmakers refused [to provide] compensation for, with some even refusing to discuss it at all. And then, during the crisis, they asked logistics providers to show their solidarity by reducing rates – but refused to set them back to the old level when the crisis was over.”

MacDowall agrees, pointing out that the five years since the start of the recession were a period of fierce competition during which market rates fell to levels that precluded normal capital investment programmes.

Despite strong growth in automotive markets and increasing confidence in future volumes since then, logistics providers are still not investing commensurately to add the required capacity, warns the ECG’s executive director Mike Sturgeon.

The finished vehicle logistics sector’s own supply chains are also impeding the flow of investment. As Stöver points out, trailer manufacturers’ order books fell by as much as 90% during the recession. Now that orders have started to pick up again, lead times offered by many car transporter manufacturers stretch to almost a year, say industry sources.

Road transporter operators and their customers, meanwhile, are locked in something of a Mexican stand-off: while carriers remain understandably cautious about committing to ten-year capital investments in equipment to service contracts of only two or three years duration, OEMs frequently see shorter contracts as a way of reviewing and resetting prices. 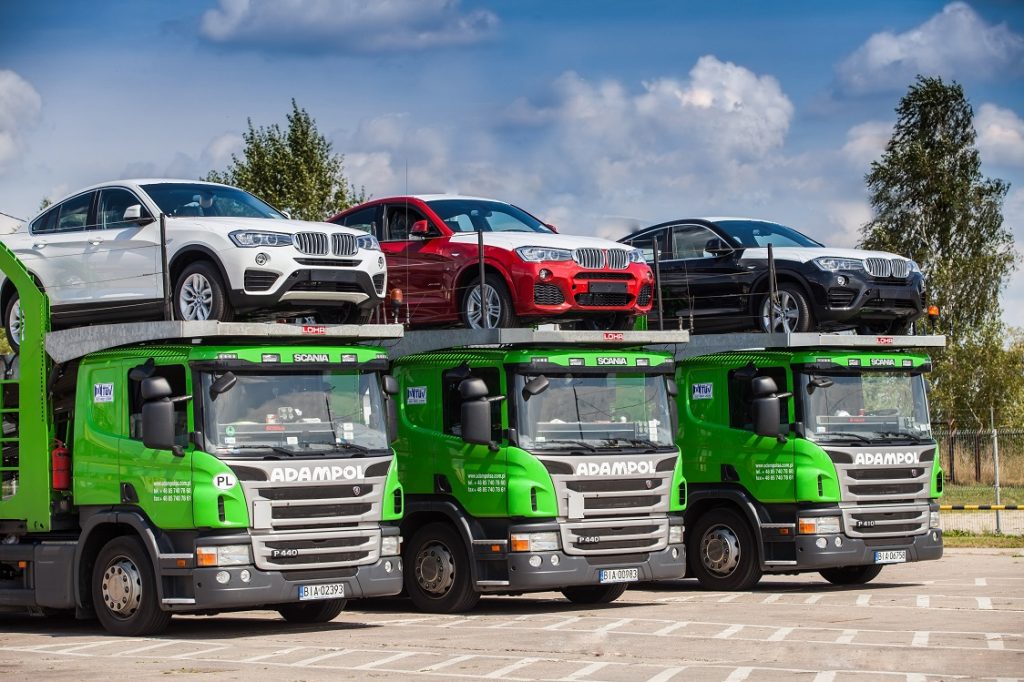 Despite strong growth in automotive markets and increasing confidence in future volumes since then, logistics providers are still not investing commensurately to add the required capacity

“With longer contract durations, logistics providers will feel more confident about investing in growing their capacity, but carmakers want shorter contract terms as they think they will be able to use these to get better prices,” confirms Jon Kuiper, chief executive of Netherlands-based Koopman Logistics Group. “As an industry, if you give us a sensible horizon, we’re happy to invest – but without that visibility, we’re reluctant.”

ECM’s MacDowall agrees, adding that where carmakers are providing longer-term visibility by entering into longer-term contracts, the evidence shows this is having a positive impact on investment plans.

Any increase in investment, however, will exacerbate the lack of equipment supply capacity to some degree, he notes. “As more carriers start to invest in new fleets, this is placing a strain on supply,” he cautions. “And with many car transporter manufacturers already quoting up to a year from order to delivery for new equipment, the industry may have a long way to go before there will be any end to the current crisis.”

[sta_anchor id="3"]Easing the painSome executives at logistics providers suggest that capacity shortages are at least partly solvable through changes in working practice. “Demand for transport is simply not level throughout the year: at quarter-end and year-end peaks, it’s increasingly difficult to find capacity. Our terminals can cope – it’s the rail and road links where the problems arise,” observes Jon Kuiper.

ECM’s Ray MacDowall makes a similar point, highlighting the UK’s bi-annual registration plate-driven sales peaks of March and September, which can cause delivery volumes to spike by more than 30%, creating transporter capacity shortages. These have recently been alleviated through the use of subcontracted carriers from mainland Europe.

Moves towards level-loading capacity throughout the year would help, but so would better communications and tighter integration between OEMs and their logistics partners. Kuiper, for instance, points to peak demand as the times when advance notice of transport requirements is at its shortest, adding to the pressure on road transport.

Another example of self-inflicted pain is the use of sales promotions and consumer financing, says Mark Hindley, group sales and marketing director at UK-based carrier Paragon. “In the UK, as many as 85% of cars are sold on some kind of finance deal, with the upshot that there’s a higher ‘churn’ of vehicles, with people owning vehicles for shorter and shorter periods, and dealer sales volumes responding strongly to changes in finance rates,” he explains. “The result is bottlenecks in vehicle supply chains – first at the port, then in the transport leg to the dealer, and finally at the dealer and the dealer’s compound.”

That’s a point taken up by ABP’s Ashley Curnow, who points to cyclical peaks in vehicle throughput as OEMs boost shipments to meet self-imposed financial targets. 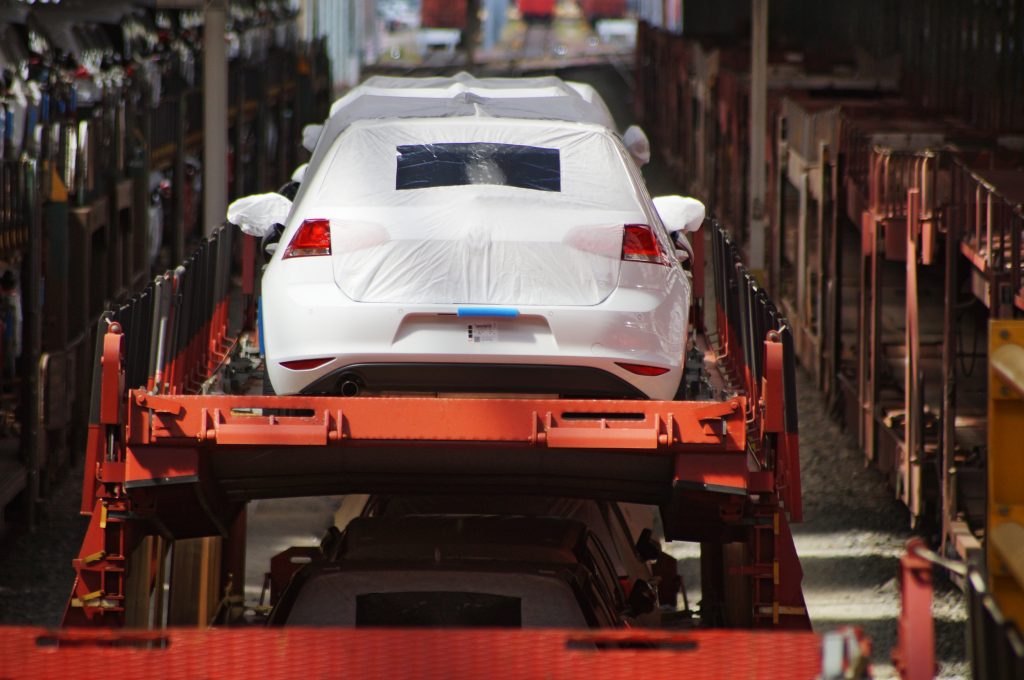 “In 2015, Grimsby and Immingham handled over 800,000 cars, and volumes in the first quarter of 2016 were up over 13%, which has caused us minor storage capacity issues,” he notes. “Realistically, 800,000 vehicles is close to our limit with current dwell times, so to increase volumes we need to either increase the storage capacity or reduce the dwell time. The problem is that with month-end and quarter-end volume increases, everything in the supply chain peaks at the same time.”

Like others in the industry, Curnow points to sub-optimal planning and vehicle releasing procedures as a source of capacity loss, suggesting that if OEMs published vehicle release schedules further in advance, it would help carriers and terminal operators to plan more effectively.

[sta_anchor id="4"]Empty mileageKrzysztof Szeligowski, deputy key account sales director at Polish carrier Adampol, points to the capacity wasted through imbalanced flows, especially in terms of road transporter loads taking vehicles to ports for export. “There isn’t enough thinking about backhaul loads,” he stresses. “Transporters are full in one direction and empty in another.”

“Sometimes, it’s not so much that the capacity isn’t there, it’s that the planning processes aren’t properly accounting for the peaks in demand and aren’t trying make better use of capacity by level-loading volumes across the month,” he points out. “This is important, because once a day’s capacity has been wasted or underused, it’s gone forever.”

That’s a simple, self-evident truth, of course. But until the conditions necessary for significant investment in capacity return, better planning is likely to be one of the industry’s best tactics for avoiding the squeezes and bottlenecks that continue to impede European vehicle flows.