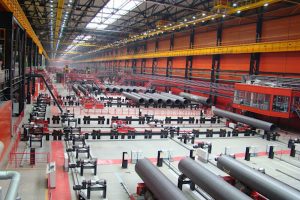 Russian carmaker Derways Automobile Company is planning to build a $500m assembly plant in the Chechen Republic, in the south of the country, that will assemble Chinese vehicles from complete knockdown (CKD) kits. Construction is expected to begin in 2015.

According to a recent report by the regional government, the plant will produce five models and involve two to three Chinese carmakers. The identity of those carmakers will not be known until a final agreement is signed, but those involved will operate under a joint venture company called Yugavto.

The plant will have an annual production capacity of 200,000 vehicles, which the joint venture expects to meet a growing demand for lower cost Chinese cars in the Russian market.

Ramzan Kadyrov, president of Chechnya, said the new project will have a positive impact on the investment climate in the region, which is eager to develop its car industry by attracting foreign car producers.

Derways started assembling Lifan vehicles from complete knockdown kits in 2007 at its facility in Cherkessk, and added kits from FAW Haima Automobile in 2010. However, Haima production stopped in 2012, reportedly because of debts amounting to $2m owned to the Chinese carmaker. Haima is also reported to have complained about the quality of cars produced at Derway’s assembly plant.

However, according to market analysts, the choice of Chechnya as a production site offers a number of advantages. Geographically, it is close to various major Russian cities meaning that both the movement of vehicles to dealerships and the supply of materials inbound will be relatively easier, compared to some of the vast distances faced by other manufacturers. Chechnya is also close to the Caucasus region bordering Europe and Asia, opening up a number of export markets. In addition, labour in the North Caucasus Federal District is the cheapest in Russia.