Devaluation of ruble brings losses to importers in Russia 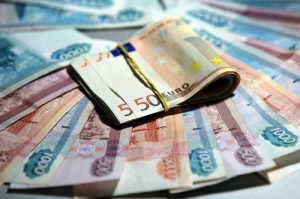 Most OEMs in Russia have taken hits to their revenue figures due to the continued drop in the exchange value of the Russian ruble against the euro. The ruble has fallen 40% against the euro this year, with a 20% drop over the autumn.

Market experts agree that the current situation will force car manufacturers in Russia to either raise prices or suffer serious losses. The greatest effect of the ruble devaluation will be felt in February and March 2015, when car stock imported over recent months will have been sold.

“Importers will face losses anyway,” said Denis Malkov, the head of Russian automotive dealer Automir. “The increase in prices will cut demand, but if producers leave the price at the current level, the actual profit from the sale of each car will drop by almost half compared to the beginning of the year.”

Representatives of Ford Sollers said the company was trying to minimise the impact of the devalued ruble on the consumer, but during 2014 it was forced to increase the price of its vehicles by an average of 5%.

However, Toyota said there was nothing to panic about currently. “We are reconsidering prices twice a year, and will do it at the end of 2014,” said a spokesperson. “The new prices on cars will depend on demand and general market situation.”

Experts also said that the current situation will benefit carmakers that have localised capacities in Russia, though according to Kia this hasn’t kept it immune from the impact of the devaluation.

"Most Kia cars are made in Russia, and part of the cost we have is in rubles, but that, unfortunately, does not compensate all losses that have appeared due to the devaluation of the ruble,” said Artem Husarov, the managing director of Kia Motors Rus.

“We are closely monitoring the situation with the ruble and do not exclude the possibility of future price increases,” he said. “At the expense of production in Russia, we can keep prices down, but in the current situation, the negative effect of the devaluation of the ruble is too serious.”

That point was reinforced by Andrei Rozhkov, an analyst at investment finance company Metropol, who said that no carmaker will be able to avoid an increase in prices on the Russian market because of the seriousness of the ruble’s devaluation.

"The rise of the exchange rate with the euro should increase the cost of cars for the Russian market," he said. “This trend will also affect those foreign brands that have localised capacities in the country, as the level of localisation of most cars doesn’t exceed 40% on average.”