While most autonomous driving headlines are about inner-city robotaxis, more and more companies in the field are focusing their attention on road freight instead. Kodiak Robotics is one start-up that’s confident it can make it work. 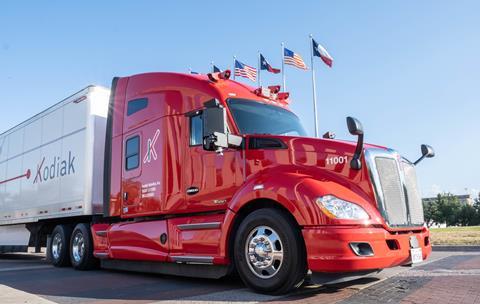 As the driver shortages rage on in the US, driverless trucks would be a welcome relief, but even the developers of such solutions will concede they are still a few years away from a marketable solution.

Kodiak Robotics’ CEO, Don Burnette, said that the company’s Kodiak Driver solution is currently “feature complete”, meaning that its trucks can complete most long-haul journeys without an intervention from the safety driver thanks to all the vision systems, algorithms and actuation equipment that is in place. However, it will be 2023 before all necessary simulation and testing is complete and trucks are guaranteed to navigate any situation safely, according to Burnette.

That date is still several years ahead of more widespread, level five vehicle autonomy. Burnette, who has had leading roles in the self-driving car projects of both Google and Uber, reckons that long-haul road freight is the right stepping stone to general autonomy. That is because it is an industry where there is a real need and demand for automation, and because the environment is more structured, traffic is better behaved, and there are fewer unpredictable situations.

Focusing on long-haul road freight from the off gives Kodiak another advantage over some of the big players, said Burnette: “We don’t have the legacy of what we call ’technical debt’ that those other larger companies have incurred over the last decade-plus. Technology moves very fast, and the techniques and the methods and algorithms are evolving.”

Burnette added that a company that built its system 12 years ago might find it hard to get out of the architecture that was built on the decisions it made then.

Engineering vehicles to just handle the highway component does mean other solutions need to be found for the first and last mile. To address this, Kodiak plans to establish truck ports, where the trailers can be swapped between autonomous trucks and human-driven ones. 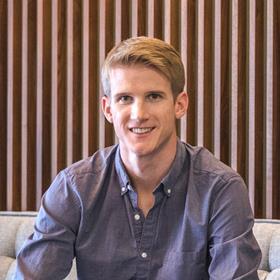 Burnette says that despite the added complexity and lost time of swapping the trailers over, it would still be more efficient than having human drivers for the whole journey, as there are no drivers to get tired, which means no need for breaks and fewer accidents. He adds that in time, it could bring trucking closer to rail in terms of efficiency, but with added flexibility. This is particularly pertinent in the US, with its expansive road network and less-than-expansive rail network.

In time, Kodiak hopes to make its highway technology suitable for other broader autonomy, but in the meantime, it is in talks with potential LSP partners to operate the transfer facilities and coordinate the handovers. Burnette said the company would hopefully be able to announce more specific details soon.

As part of its testing programme, the company is transporting real freight for customers using its 10-strong fleet of trucks. Although this primarily serves the company’s R&D programme, it is bringing in some revenue and Kodiak is planning to expand that side of its business with a larger fleet and a greater geographical footprint.

As the system still requires a safety driver, it is operating at a loss, but Burnette is positive that even though the equipment – the sensor array, the computing power, the actuation – is still expensive and has plenty of room to come down in price, the technology would pay for itself as soon as the driver was removed. In addition to running its own fleet, Kodiak also hopes to sell its technology to fleets and carriers, as well as to OEMs, to integrate the system from the factory.

Being based in Mountain View, California, with a testing and operations hub located in Dallas-Fort Worth, Texas, Kodiak has so far focused on the US and will continue to do so for the foreseeable future. However, Burnette said that the technology could be relatively easily applied to other regions. “We’ve built our system to be incredibly generic and one of the advantages of focusing on highway environments over urban environments is that they tend to be more generalisable than their urban counterparts.”

While some adjustments would have to be made for the local highway codes and the physical vehicles, they would not be fundamental. Consequently, Kodiak is staking out the market in other regions. It recently agreed a partnership with SK – the conglomerate that includes one of the world’s major EV battery suppliers – to investigate supply chains there and find business opportunity for autonomous technology.