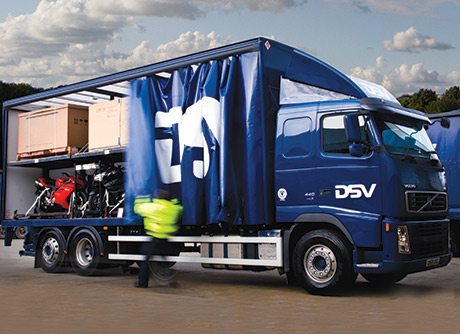 DSV, a Danish transport company offering road, air, sea and logistics transport services, has signed an agreement to acquire US-based non-asset-based supply chain management company, UTi Worldwide. The deal values UTi at around $1.35 billion, and the news is expected to add around 50% to DSV’s annual revenue and scale, making it a significant global player – and the fourth largest global 3PL in the world, behind DHL, Kuehne + Nagel, and DB Schenker.

The deal should help both companies to develop their automotive business. Globally UTi is strong in automotive, with a significant amount of business in Europe and the US, and in some emerging markets, including South Africa (GM is a major customer) and India. Last year, UTi signed a partnership agreement with finished vehicle transport and aftermarket services provider, Beijing Changjiu Logistics, to serve OEMs and suppliers. The deal focuses on three core areas in the China market: Europe to China rail, VMI/production logistics, and aftermarket parts and accessory distribution.

Earlier this year, following the appointment of a new chief executive officer, Ed Feitzinger, UTi went through a significant restructuring in its business following a struggling financial performance over recent years.

For DSV, the automotive gain is likely to be in contract logistics. The company will become more global within this part of the business, and will be able to expand into road freight activities outside of Europe. A spokesperson for DSV told Automotive Logistics, "Regarding the automotive vertical, obviously UTi has special competencies, and DSV is also a leading logistics supplier, but since company discussions on integration matters are not allowed at this stage in the process, we don’t know in detail how the combined business will be affected."

Last year, DSV announced plans to double its revenue from the automotive sector to €1 billion ($1.4 billion) by 2020, which would account for 20% of its overall business. Arcadio Martinez, sector development manager told Automotive Logistics, “There is a focus on growing automotive and we have a clear development plan up until 2020. We have an aspiration across the three divisions [air and sea, road, and solutions] to double the business we have right now.”

UTi is a global supply chain services and logistics company. Its annual revenue is $3.9 billion, and it has 21,000 employees across 58 countries. The company has been through a significant amount of restructuring this year to address its financial difficulties, but some issues do still remain. In 2014 DSV recorded revenue of $7.7 billion and an EBITDA (earnings before interest, taxes, depreciation and amortization) of $505m, whereas UTi’s revenues were $3.7 billion with a marginal loss – which the company attributes to its involvement in contract logistics, and distribution.

Although a date has not yet been set, the transaction is expected to close in the first quarter of 2016. UTi will then become an indirect, wholly owned subsidiary of DSV. Directors at both DSV and UTi have unanimously approved the transaction, but it does still require the agreement of UTI’s shareholders.

Roger MacFarlane, chairman of the board of UTi said, “We are operating in an industry where increasingly scale is critical. Joining forces with DSV delivers substantially greater client value and many future opportunities for our people while it is financially very attractive for our shareholders. As a result, the board of directors of UTi has unanimously approved the agreement with DSV and strongly recommends that our shareholders accept the offer.”

The combined 2014 revenue of the two companies is around $13 billion. After the deal is complete, the joint workforce will increase to 44,000 people operating in 84 countries, with 848 offices and 339 logistics facilities. Around 61% of revenue will come from Europe, the Middle East and North Africa; 17% from the Americas; 16% in Asia; and 6% in Sub-Saharan Africa. Combining modes, the split will be 36% road, 27% sea freight, 23% air freight, and 14% contract logistics.

Earlier this year, the two companies revealed that they had held preliminary talks, but that the negotiations were not active, and even denied at the time that a takeover bid was a possibility.

In an interview earlier this year with Automotive Logistics, Ed Feitzinger, chief executive officer, UTi, said that size does matter for forwarding, and it’s sometimes hard to balance. “In forwarding, you can’t pretend to be big. You can be big, generic and omnipresent, but with less focus on individual customers. Or you can be a small, niche player that can get intimate with clients in the way the bigger guys can’t.

“But you don’t want to get caught in between. We may have erred on the side of trying to be a big guy, while our roots are really in client intimacy.” However, with the latest news, it looks like UTi will be part of one of the big guys.

Gopal R., global vice president, Transportation and Logistics practice at Frost & Sullivan told Automotive Logistics what the effects of the deal between DSV and UTi could be, and explained why there have been a number of large scale acquisitions this year:

"The logistics industry in the recent times has faced large scale acquisitions in most geographies, particularly in emerging and growing markets of Asia. The aim of such acquisitions has been to strengthen presence across the full spectrum of logistics services as well as fill the void in geographic presence. This is due to the global nature of companies in key verticals like automotive, retail, FMCG, healthcare, etc. The logistics user organisations are looking for single service providers as a means to optimise cost and enhance efficiency.

"DSV’s acquisition of UTi is expected to strengthen its freight forwarding operations as well as gain strong foothold in the US market. DSV could also leverage and build on UTi’s contract logistics business in vertical industries like automotive, retail, healthcare, etc. The deal is expected to bring synergies across business segments as scale is increasingly the critical success factor in the logistics industry due to the globalised nature of many industry verticals. Also, the business spread across geographies will help in offsetting the regional trends in weak freight movement in specific markets.

"Both DSV and UTi have a good spectrum of solutions with respect to automotive, supporting various vehicle types and segments like OEMs and aftermarket. The combined offerings for the vertical will be able to leverage presence, facilities and people, thereby optimising cost for the automotive vertical customers. This could eventually deliver a competitive advantage for the customers in the vertical."