Brussels came to Amsterdam to discuss the potential impacts of upcoming European regulations, from sulphur restrictions to land transport weights and measures. Lawmakers stressed the need for industry, member states and EU bodies to work together better to shape policy.

“Transport is the backbone of society” said Maximilian Strotmann, member of the cabinet of Siim Kallas, vice-president of the European Commission responsible for logistics and maritime transport, speaking at this year’s ECG conference in Amsterdam. Where there is transport, there is also the need for regulation. But as ever with the European Union, there is debate over just how much regulation is needed – and what will ensure a competitive, fair marketplace. The European vehicle logistics market is currently facing questions over how upcoming regulation will impact its costs and operations. 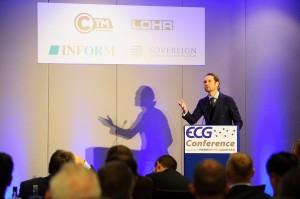 The EU is often thought of as a single market, but it certainly hasn’t been achieved with regards to regulations yet, with fragmentation throughout the region, from non-standard truck and loading lengths, to different railway operations and various customs procedures still necessary for short-sea transport. In economic policy as well, most countries are still "doing their own thing", according to Christoph Stürmer, global lead analyst at PwC’s Autofacts, which includes different measure to support the automotive and transport sector. One example is Finland's direct financial support to shipping lines to help mitigate the impacts of the upcoming changes to sulphur limits for maritime fuel. Meanwhile, Spain is currently running a domestic scrappage scheme to promote vehicle sales.

At the European level, questions remain over negotiating reforms that straddle the political divide across the continent. “We have to put logistics on the political agenda,” said Strotmann, "and create a successful, integrated freight policy." He admitted that this was not possible to achieve entirely under the current mandate – a new transport commission will be announced in two weeks – but should be a goal for the next commissioner.

Reflecting on the outgoing Siim Kallas transport commission, he pointed to challenges that the new commissioner will face, including the increasing amount of software used in transport; the need to allow trains to move through Europe seamlessly; legislation on weights and dimensions, including longer trucks; simplification of shipping; alternative fuels; and sulphur levels. On the whole, he acknowledged that navigating the many vested interests across the European transport sector was a major challenge. 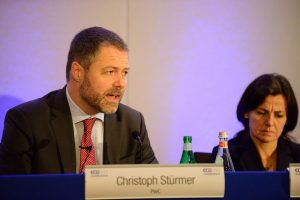 Seeing through the SECA changes

There are many proposed changes to regulation on the medium- and long-term horizon, but fast approaching is the start of the Sulphur Emission Control Area (SECA), on January 1st 2015. This requires ships in the English Channel, North Sea and Baltic Sea to use fuel that contains no more than 0.1% sulphur. The current limit is 1%.

It is thought that the changes required could raise fuel costs by 30-50%, a significant blow for shipping lines. While those in the logistics industry have known about the impending sulphur deadline for a few years, it is still causing problems and presenting challenges.

Patrick Verhoeven, secretary general of the European Community Shipowners’ Association explained the intentions of the European Sustainable Shipping Forum (ESSF), which was set up in 2013 to deal with some of the issues arising from the SECA rules. The forum has worked remarkably well, according to Verhoeven, as it offers a platform for dialogue, exchange of knowledge, cooperation and coordination between members. Its priorities include implementation and enforcement; legal and technical questions; financial support; and looking at possible economic impacts from the sulphur directive.

Some of the biggest concerns surround operators that it is feared may try to circumvent the rules and pay the fines instead. There are also issues around ships switching to MGO or scrubbers, but then facing supply issues or different regulatory hurdles depending on local port regulations for waste water.

“There is a legal uncertainty in ports concerning these scrubbers, particularly the wash water that they generate. They may not be permitted in some ports, depending on national rules about water quality," Verhoeven said. "Such a fragmented setup is not laying the groundwork for a level playing field.”

The ESSF is hoping for that level playing field, with those flouting the rules facing punishment. Short term, the forum will look into compliance methods, and observe the economic impact. Looking to the medium-term, there will be a full impact study reviewing maritime strategy and short sea policy, Verhoeven said.

Either way through, Verhoeven and others were unequivocal that the SECA would lead to some modal shifts as shipping lines closed lines and manufacturers looked to replace certain short-sea flows with rail or road transport.

For the railways, the big challenge is to bring simplification, not complexity, and facilitate cross-border traffic, according to Libor Lochmann, executive director of the Community of European Railways (CER), a lobby group for the railways in Europe.

As with shipping, Lochman said that there should be a level playing field across all modes of transport. The CER has a master-plan for European rail freight, which includes creating sufficient capacity on the network, high infrastructure quality, competitive and satisfactory paths, better integration of rail into the logistics chain, and optimisation of industrial zoning. The CER wants to see the development of rail freight corridors, but only if implemented in a harmonised manner. Funding, Lochmann said, would be essential to achieve the CER’s proposals. 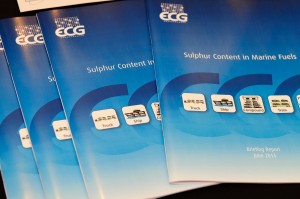 On the roads, regulatory progress has been made, with the campaign to harmonise loading lengths in the EU to at least 20.75 metres succeeding in the transport committee and plenary sessions of the European Parliament; it now needs to pass through debate at the Council of Transport Ministers.

While regulatory progress has been made across the modes, it has been difficult in a lot of places. Strotmann concluded with a call to arms for the logistics industry for future regulation, suggesting that companies need to make issues and potential problems known to respective governments at a national level. In that way, he said, European regulations will be better suited to business. He indicated that there were flaws in the way that the EU adopted rules on sulphur, for example, without properly consulting with and studying industry impacts.

“You don’t have to regulate everything. We have had years of negotiations on alternative fuel. When we can avoid to regulate, we are happy," he said. "Sulphur is a major problem, so [next time] let’s join in early enough and create a solution, instead of staying outside and fighting afterwards. So far, we have learnt the hard way. Have we learnt enough to prevent it happening again? Make your voice heard constructively at the national level, engage with the enemies.”