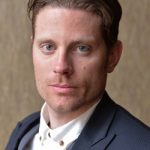 In the forthcoming issue of Finished Vehicle Logistics, we have something of a special focus on Europe, including reports from the ECG Conference, a feature interview with PSA Peugeot Citroën, with Audi, as well as the European carmaker's association (ACEA). This reporting comes as the European Union and economic area are set to complete their first year of growth in vehicles sales since 2007. It’s certainly a relief, although most companies have kept the champagne on ice as sales are well off their peaks, perhaps permanently so. While vehicle exports have been strong to North America and China, global economic uncertainty, especially the fallout from the Russia-Ukraine crisis, has restrained shipments. A slower growth rate towards the end of the year has also been worrying.

The perpetual challenge for logistics in Europe has been meeting stringent service requirements, while balancing costs and capacity utilisation. Perhaps no company has had to think more carefully about this than PSA Peugeot Citroën, which faced such a cash crisis that it needed investment from the French government and China’s Dongfeng to survive. PSA has stabilised vehicle inventory, improved forecasting, and worked to meet demand more quickly, as Guy Lederer explains. Like the European economy itself, PSA is not out of the woods, but it is headed in a better direction. An improved order-to-delivery process will play an important role.

At Audi, where we continue our special report from Automotive Logistics (click here for a full list of stories), Dr Michael Hauf explains how adherence to delivery dates is a critical strategy for a premium OEM. When an Audi is ordered, the whole supply chain, including internal and outsourced resources, rallies around delivery promises.

While there is plenty to worry about in the economy, Erik Jonnaert explains how ACEA, the European carmakers’ association, is influencing legislators to encourage OEM research and promote exports. Perhaps most important are ongoing negotiations for a free trade agreement between the EU and the US, which could change the map of what is already one of the industry’s most dynamic trade flows.

That would be significant for ocean carriers, and our focus on shipping reveals an increasingly complex sector. Carriers are confronting changing trade patterns, such as the growth of Mexico, the emergence of transhipment hubs in Asia, as well as the start of low sulphur emission zones from January in much of northern Europe and North America.

Elsewhere, 2015 will see other shifts in the vehicle logistics market. Both Hyundai Glovis and India’s Mahindra Logistics, for example, have made investments in trucking assets for the first time, setting them up to play a different role in outbound logistics for both the OEM groups of which they are part, and third party customers.

However the New Year shapes up, we’re not expecting the status quo.