Electric vehicles (EVs) and hybrids will drive the growth in global sales until the Covid-19 pandemic is over, according to Valeria Seledkova, general director of Gefco in Russia.

Electric vehicles (EVs) and hybrids will drive the growth in global sales until the Covid-19 pandemic is over, according to Valeria Seledkova, general director of Gefco in Russia. 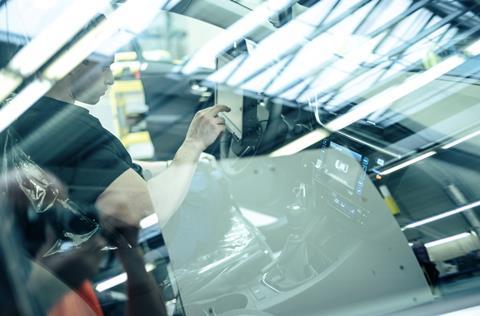 Talking to Russian media, Seledkova said that Gefco is seeing relatively tense conditions in the finished vehicle market almost every country that it was doing business because of the pandemic.

“In the first half of 2020 all automotive brands have been damaged by various government quarantine measures introduced to slow down the spread of the coronavirus pandemic,” Seledkova said.

However, many governments are also opting to support EV sales through different regulations.

“China has extended subsidies on vehicles powered by alternative fuel into 2022,” she said. “In the meantime, state subsidies in France, Germany, the UK, and the countries of Northern Europe, have pushed the sales in this segment up,” Seledkova said.

While Gefco has noticed a drop in cargo flows during the pandemic, it has seen a hike in orders for emergency delivery of automotive products, including by aircraft, she added.

“Also, there was [a jump in orders] on spare parts delivery from Asia to Europe and other directions globally,” Seledkova said. The pandemic brought quite a few challenges to the company, which has adapted to strict sanitary measures to avoid disruption to operations.

“The company had to change its transport schemes in record-breaking time,” said Seledkova. “And, in doing so, [we had to] develop and implement new health and safety protocols to meet customer requirements and protect our employees. The pandemic is testing every aspect of our business. And although the crisis is not over yet, we are learning at every stage to strengthen the organisational structure, employees, and work processes,” Seledkova said.

Stock offering on hold
The pandemic has also reportedly affected Russian Railways’ plan to sell a stake in Gefco. The rail provider bought a controlling 75% stake from Gefco’s former owner, PSA Peugeot-Citroën, back in 2012, but announced in 2018 that it was considering reducing that stake, including through an initial public offering (IPO) of stocks, though it still wanted to retain control of the company.

In early 2019, Gefco reported that it was not going to launch on the stock market and was waiting for “better market conditions”. Then, in early 2020, Russian Railways’ executives announced that the company was mulling plans to sell a stake to strategic investors from a market where Gefco had a relatively weak presence.