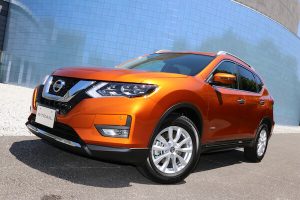 Nissan has reneged on a plan to make the next-generation X-Trail in the UK and will instead supply the European market with the crossover from its Kyushu plant in Japan.

The decision – an obvious blow to the UK car sector – comes at a time when investment in the UK automotive sector has taken a nosedive, down 46.5% to £588.6m ($770.5m) last year compared to 2017, as carmakers wait for greater certainty over future trade with Europe and evaluate the future of diesel sales, which have also dropped sharply.

Nissan admitted that continued uncertainty over Brexit was a factor in its plans for the future.

"While we have taken this decision for business reasons, the continued uncertainty around the UK's future relationship with the EU is not helping companies like ours to plan for the future," said Nissan Europe chairman, Gianluca de Ficchy.

He added, however, that the company had “full confidence” in the Sunderland workforce and that it would continue to invest in Juke and Qashqai production there. The Qashqai is the best-selling British-made car worldwide and the Sunderland plant exports more than 80% of its Qashqai output. Overall production at Sunderland last year stood at over 442,000, down almost 11% on 2017. Along with the Qashqai and Juke, the plant makes two versions of the Infiniti and the Leaf electric vehicle.

Nissan’s decision to keep X-Trail production in Japan rather than start it in the UK for the European market also follows the coming into force last Friday of the EU-Japan Economic Partnership Agreement.The agreement removes a number of long-standing non-tariff barriers, for example by endorsing international standards on cars, but will address specific sensitivities in the EU for the automotive sector and establishes transition periods of up to seven years before customs duties are eliminated.

"A model like X-Trail is manufactured in multiple locations globally and can therefore be re-evaluated based on changes to the business environment,” said Nissan executive vice-president for manufacturing and supply chain management, Hideyuki Sakamoto. “As always, Nissan has to make optimal use of its global investments for the benefits of its customers.”

As well as manufacturing it in Japan, Nissan also makes the X-Trail in China and Russia.

Nissan’s decision in 2016 to make the X-Trail in the UK followed a UK government commitment to ensure the Sunderland plant remained competitive.