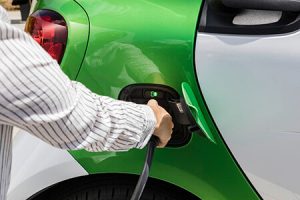 According to the federal government’s national strategy for automotive development in Russia, up to 90% of all finished vehicles on the Russian market must be produced with localised capacity by that time, with localisation rates of 70-80% by then, compared to 30-60% last year. No exception has been made for EVs.

To help reach this target, Russia has promised to provide an unprecedented level of state support to EV manufacturers.

A few days before the development strategy was published on May 4, the Eurasia Economy Union (EEU) revealed a plan to almost entirely exempt OEMs from paying custom duties on automotive components for EV assembly in Russia. The EEU said it would establish a joint database of components not produced by its member states with the aim of abolishing or at least significantly cutting import duties on them.

Back in 2015, Russia lowered the import duty on EVs from 17% to 0% for light passenger vehicles and from 15% to 5% for trucks. These lower import duties were cancelled in September 2017 and the government has no plans to reduce them again, Russia’s Trade and Industry Ministry has confirmed, given the government’s policy to encourage localised production of such vehicles instead.

The government will also boost consumer demand for EVs by exempting buyers from transport tax, making tolled highways free to EV users, and providing free parking for such vehicles, even in cities. The ministry is even suggesting making the use of charging stations free.

The ministry is also poised to allocate 4.5 billion roubles ($71m) to directly support domestic demand, most likely by subsidising interest rates on loans for EV buyers. This money is expected to become available later this year and will remain so through to 2020.

Russia has not yet indicated what duties will be applied on imported components for EVs, however. A decision on this is expected in coming months.