The supply and demand of power

The future of vehicle propulsion depends on greater integration of engine technology, emerging trends in vehicle use and the changing supply chain for materials used in alternative powertrains. Jon Beasley, director of technology and projects at the UK’s Advanced Propulsion Centre talks to Daniel Harrison about the technology pushing the sector forward

The UK’s Advanced Propulsion Centre (APC) was set up in 2013 to support research and development (R&D) projects into low-carbon emission powertrain technologies. It is headquartered at the University of Warwick in Coventry and sits at the heart of a £1 billion programme that is funded 50% by industry and 50% by the UK government. 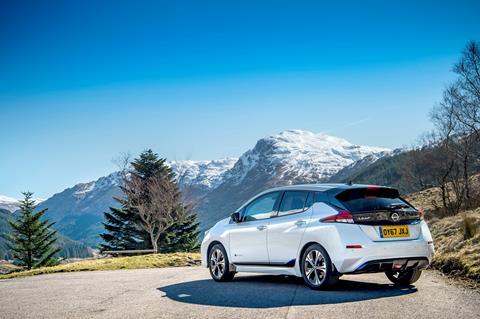 The APC focuses on four propulsion technologies: thermal propulsion systems, electrochemical energy storage, e-machines and power electronics, and light-weighting. The APC is not involved in intelligent mobility and electronics, which is handled by the APC’s sister organisation Zenzic.

“[The APC] is aimed at accelerating late-stage R&D to bring low-carbon products to market more quickly,” says Jon Beasley, the APC’s director of technology and projects. “Typically, that is what we would call technology at readiness level 5 to 6, and we focus on industrial and experimental research as we take those products [forward] ready for industrialisation.”

Plurality of power
The breadth of projects and the technologies being researched with the support of the APC reflects the growing mix of alternative powertrains that the automotive industry is looking at, from mild or micro-hybrids to full hybrids, plug-in hybrids, fully electric vehicles (EVs) and those powered by fuel cells.

“There is no single silver bullet,” says Beasley. “The different duty cycles that are required by the different market sectors are driving what I would say are the preferred and most appropriate technologies at this point in time.”

Beasley reckons small to medium passenger cars are ripe for electrification in a range of forms from plug-in hybrid conversion to full battery EV (BEV), and says the only issue between the two is the supporting infrastructure and the reasons for vehicle use, ie whether for long or short-distance journeys. However, he says the divide between shorter journeys supported by multiple charging stations or longer motorway travelling, where a hybrid may currently be more appropriate, is going narrow as the technology evolves and BEVs have range, and as the charging infrastructure develops. 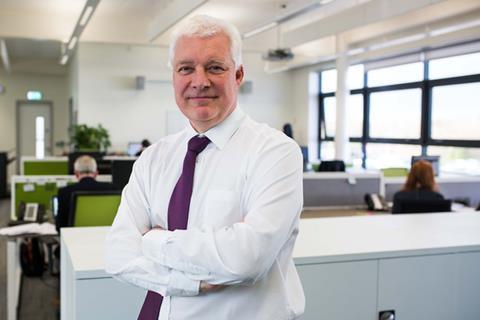 Jon Beasley, director of technology and projects at the UK’s Advanced Propulsion Centre

The forecast is not so clear when it comes to the electrification of the heavy duty or commercial vehicle sector. Beasley points out that the sector is making efficiency improvements with conventional internal combustion engines (ICEs) and reducing the carbon impact already. The likelihood is for a hybrid powertrain driven by advanced conventional combustion engines for the long motorway leg of the journey but able to switch to electric for the city environment.

Adoption timeline
The question is, how long will the transition to alternative powertrains actually take? Some manufacturers are already reducing investment into ICEs and diverting it to electric powertrains, but current forecasts put the full transition to hybridised powertrains as anything between 10 and 20 years away, and even then ICEs will still feature in the majority of them. In short, it is currently difficult for OEMs and suppliers to understand how the market for alternatively powered vehicles is going to materialise.

The fact is that ICEs are not going away anytime soon given the investment that has been made in manufacturing capacity. They are most likely to be further refined for efficiency, as with the commercial vehicles sector, but will probably play a different role.

“For example, if it is to work as a range extender, you would not necessarily want the current architecture of an engine,” says Beasley. “You might want something slightly different which will operate at a single speed or not as often. That could be a transitional play.”

While regulation in markets such as Europe and China is driving carmakers to develop electrification, the consumer still needs to be persuaded to buy them in bigger numbers if costs are to be brought down. Market uptake will depend on affordability and ownership models (shared use rather than private for instance), but it could also be influenced by a more integrated technology that is less costly.

“I have [ordered] a plug-in hybrid and if I look at the price compared to a conventional vehicle, it’s between £5,000 and £6,000 more expensive,” recounts Beasley. “That is not a surprise when you bear in mind that at the moment it is essentially a two-engined vehicle. I think there is going to be a move away from the more modular solution – an engine and an electric motor together – to a more integrated one.”

Supply chain transformation
The ramp up in alternative powertrain production will also depend on the success of newly emerging supply chains. In traditional ICE manufacturing engines were produced in-house by the OEM, which usually meant the supply chain was reasonably localised, certainly within the region. The difference with hybrid and electric vehicle powertrains is that the battery components and raw materials are sourced from certain parts of the world and the greater adoption of EVs and hybrids will mean a transformation of the supply chain. 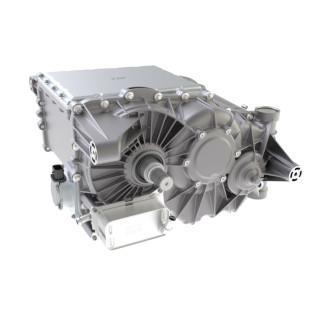 GKN Hybrid Power is working with Drive System Design and the University of Nottingham on the ACeDrive project, which is backed by APC UK funding

“There is a significant difference in the future supply chain, that’s a fact,” confirms Beasley. “How that is then embedded into trade negotiations and commercial agreements is yet to be fully understood. I think what you will see is, if you look at the cell level, there is going to be more cell manufacturing across Europe and the UK for sure.”

According to Beasley that is because the just-in-time (JIT) delivery and manufacturing flexibility that characterises modern car making demands ready supply in the vicinity.

“It’s no good having a shipload of battery cells coming from the Far East and having to wait a month for those parts while your numbers change. You can’t do that, you need to be flexible, so I think there is a challenge there,” he says.

Raw materials, meanwhile, are sourced from a smaller pocket of rare-earth material suppliers but that is unsustainable from a long-term perspective.

“Now that electrification is taking hold, lots of R&D is looking at trying to find alternative solutions in terms of the chemistry and in terms of the fundamental architecture,” says Beasley. That includes changes to the levels of cobalt and nickel in the product to reduce the level of dependency. It also means further research into solid-state battery technology.

Ultimately what carmakers and EV suppliers are looking for is greater security in supply to maintain their manufacturing priorities.

“It is about trying to design out some of the supply chain insecurity; there is a lot of effort going on to support that at the moment,” says Beasley. 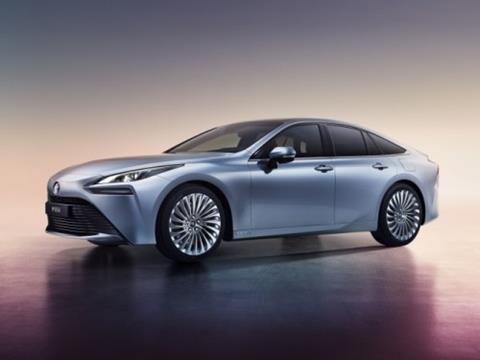 There are currently only three hydrogen-powered, fuel cell passenger vehicles on the market: the Toyota Mirai, Hyundai Nexo and Honda Clarity but several other companies are working to develop alternatives, including in the commercial vehicle sector, which currently has more realistic applications. Buses, trucks and coaches journey point-to-point and installing the infrastructure is more realistic.

“In terms of the heavy goods sector, it is a potential alternative fuel to a normal combustion engine,” says Beasley. “You still need a degree of electrification with fuel cells but obviously with your balance of plant you can decide if you need larger batteries or small batteries, and how you utilise the fuel cell.”

As with the marrying of ICE and EV technology the other influence on the uptake of hydrogen will be the development of the fuel cell itself.

“If fuel cells start to get traction [and] are seen as a solution, some of the technologies will blur,” says Beasley. “You could be in a scenario where they start to be seen in larger SUV type vehicles going forward, as an alternative to electrification. If the technology is successful and affordable it would then percolate down.”