Used but not confused: How battery diagnostics can help EV resales

Resales of EVs are currently complicated by lack of clarity on the health of their batteries. Austrian start-up Aviloo has developed a diagnostic tool that can be used at dealerships 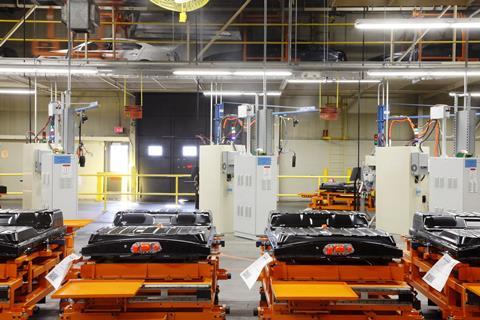 When you first buy a smartphone, you can use it all day – replying to emails, posting updates on Twitter and taking calls. Then, after a year, you notice that the battery only lasts half a day and you need to bring your charger with you everywhere. A few months later, your phone needs to be almost constantly attached to a power pack, and you realise it is time for an upgrade.

The lithium-ion batteries powering electric vehicles (EVs) degrade over time in the same way, and at variable rates according to the model, treatment of the device and usage. The difference is, if the battery in a phone expires you can buy a new one for a reasonable price, or even buy another new or used phone for a moderate investment. But the battery in an EV costs thousands of pounds to replace – it is the most expensive part of an electric car, representing around 50% of its value.

At present, however, there is no way to test the state of an EV battery to know whether it is fit for purpose or how long it will last before it needs to be replaced, let alone in a reliable and independent way. As well as frustrating potential buyers of used EVs, this has implications for the wider automotive industry.

“A well-functioning second-hand electric car market will have the knock-on effect of helping to boost sales of new vehicles” – Wolfgang Berger, Aviloo

The uncertainty over the health of the batteries is having a dampening effect on sales of used EVs, which will have a knock-on effect on the sale of new EVs – and thus the grand ambition of the automotive industry and governments around the world to help drivers transition from traditional to new energy vehicles.

Wolfgang Berger, CEO and co-founder of an Austrian battery diagnostics start-up called Aviloo explains further: “If an electric car gets good residual value, then the new car market for these vehicles will also thrive. But this is a challenge if customers are worried about the state of the battery and, as such, the true value of the car. They will be reluctant to buy a vehicle with a lack of information in this area.”

Difficulties of diagnosis
When buying a second-hand internal combustion engine car, a consumer can get a good idea of its state and value from the mileage, its age, by checks of components like the brakes and suspension, and looking for any damage. However, these parameters have less relevance for EVs, as the most important way of determining their value is through understanding the performance of the battery.

“The battery is the weakest part of an electric vehicle,” explains Berger. “The battery suffers from degradation at a different rate and with different parameters from internal combustion engine vehicles. The state of the battery isn’t determined by how old it is but by factors such as how it was charged and how the car was driven, especially in terms of speed.” 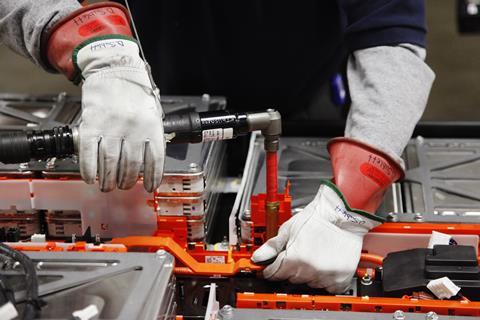 The condition of a used EV battery is determined less but its age than by factors such as charging history. Credit: Nissan

He goes on to say that a battery which is performing sub-optimally does not necessarily have to be recycled, as it may still meet the needs of the driver. But there are other, financial implications.

“It does mean that the consumer should pay less for the vehicle, especially as it can cost around £10,000 [$12,600] to replace a battery. This is why, going forward, having a certificate that verifies the state of the battery will be important when selling a used electric car,” he states.

So, two years ago, Vienna-based Aviloo started exploring a way to tackle this challenge by developing a testing system to provide dealerships and consumers with an independent verification of the state of EV batteries.

Setting standards
According to Berger, there is no precise way of measuring battery capacity, and no method that takes into account the difference in batteries from diverse manufacturers.

“Battery capacity is very difficult to measure,” he explains. “The results can also vary according to factors such as discharge rate and temperature. For example, the quicker you discharge a battery, the less energy you get out. Also, even if a car manufacturer gives you a warranty that says the battery is operating at 70%, you have no way of knowing what 100% looked like.”

“Even if a car manufacturer gives you a warranty that says the battery is operating at 70%, you have no way of knowing what 100% looked like” – Wolfgang Berger, Aviloo

Due to this lack of defined standards and testing procedures, Aviloo is developing a testing method that is comparable across different OEMs.

“If the OEMs or their dealerships carry out the test, then it is not independent, nor is it necessarily the same as the way other OEMs carry out these tests, meaning that there can be serious discrepancies in the results,” says Berger.

“Our goal is to use the same, comparable test across all vehicles so that this can be recognised as the de facto standard of testing electric vehicle battery capacity for all manufacturers.”

Developing in-car testing
One of the major challenges in determining battery capacity is that the batteries are already built into the car and cannot be easily removed when they need to be tested. In a lab, it is possible to carry out more sophisticated testing, but access to such facilities would usually be difficult for a dealership.

To overcome this issue, Aviloo has developed a system that does not require a battery to be removed. A dongle is plugged into the vehicle and can measure performance data including cell voltage and temperature, electric current and voltage, state of charge, and the speed at which the car is being driven.

“This data is pulled from the hardware and sent to our servers,” says Berger. “We then use algorithms and machine learning to make sense of this data and determine the battery’s health. 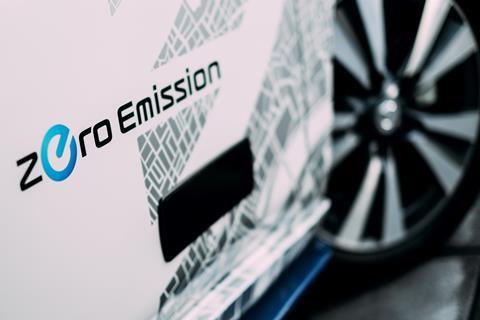 Sales of new and used EVs could be helped by diagnostics which give consumers more confidence in the battery. Credit: Nissan

“The current test we run discharges the battery to see how much energy you can get out of it. This takes a couple of hours, but we are working on a test that only requires a ten-minute test drive. Once we’ve carried out this test, we can issue an official, independent certificate to certify the state of health of the battery for both the dealership and the buyer.”

Aviloo is currently working with a number of car manufacturers to gather data about their different batteries and respective performance. The company will then then be able to plug this data into its algorithm to make it more intelligent and accurate.

“There are many benefits of our electric battery diagnostics test for car manufacturers,” explains Berger. “They can distinguish their brand by proving that their batteries work better than their competitors. They can show their customers that they have nothing to hide and are being fully transparent by collaborating with an independent test that provides a neutral, standardised outcome.

“Reducing the risk of buying an electric car can also lead to a higher value for reselling used electric vehicles, as consumers have more trust in what they are buying,” he adds.

Car manufacturers could benefit substantially from the positive impact that an independent diagnostic system developed by a third-party will have on the value of resales of EVs, says Berger.

“A well-functioning second-hand electric car market will have the knock-on effect of helping to boost sales of new vehicles,” he explains. “But one car manufacturer alone cannot create these standards, as buyers want access to a neutral, independent certification test that they can trust and that is comparable across all the different OEMs.

“That is why our diagnostic solution is necessary to measure the performance of the battery capacity and that we hope in the future will be accepted by the industry as the one de facto standard for this purpose.” 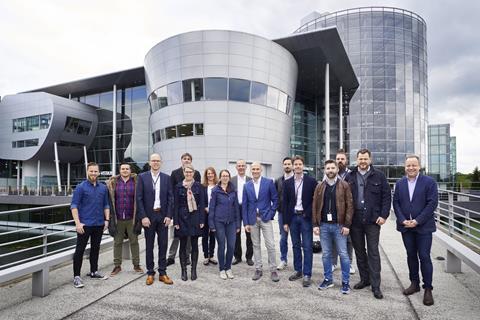 Aviloo has entered VW’s Incubator programme along with five other start-ups that will be supported by the OEM. Credit: VW

Heading to market
While the product is still under development, to speed up the process of getting the diagnostic test fully functional and to market, Aviloo has been participating in Volkswagen’s start-up programme, Incubator. The company is working on a pilot with the OEM and is receiving support in terms of office space and advice from VW mobility experts.

Aviloo has also signed a cooperation agreement with TÜV Rheinland, the Cologne, Germany-based provider of technical services for the development of safety and quality.

“We are already seeing significant consumer demand for our product due to the positive impact it can have on the used electric vehicle market,” says Berger. “Buyers no longer have to worry about spending money on a vehicle that won’t meet their needs or worry that they will have to spend large sums of money to buy a new battery to keep their car on the road. And a thriving electric car market – whether it is new or used vehicles – is good for everyone.”