Volkswagen Group plans to significantly increase battery cell production capacity and reshape the EV battery supply chain in Europe, with plans to add six ‘gigafactories’ by the end of the decade – including an expansion of its partnership with Sweden’s Northvolt. 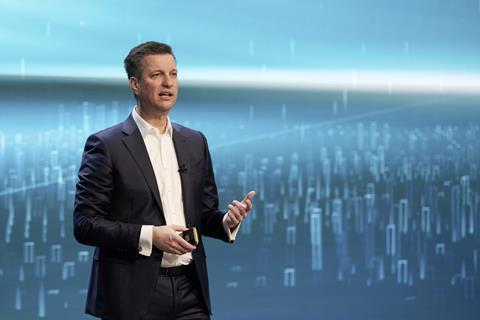 The Volkswagen Group has revealed a significant increase in scale of its battery cell production capacity and partnerships across Europe, as it plans to rapidly increase EV production and lower total supply chain costs for lithium-ion batteries.

As part of this announcement, the carmaker’s collaboration with cell maker Northvolt, which began in 2019, has moved up a gear. VW announced at this week’s Volkswagen Power Day 2021 that the carmaker is increasing its ownership in Northvolt and making it VW Group’s strategic lead supplier for premium battery cells in Europe. VW Group will order $14 billion worth of products from the company over the next ten years.

In 2019 VW Group announced it was investing €900m ($1.075m) in joint battery activities with Northvolt, including a 20% share in the company and a 50/50 joint venture battery cell factory in Salzgitter, Germany, called Northvolt Zwei. Northvolt is now selling its joint venture share in that plant to VW as the carmaker scales up its battery manufacturing efforts in Europe. That plant is due to open this year.

Northvolt Zwei will produce lithium-ion cells exclusively for VW Group electric vehicles over the next decade. Salzgitter will produce a new ‘prismatic unified cell’ for VW Group’s high-volume segment from 2025. The new unified cell is set to be launched as of 2023 and will be installed across brands in up to 80% of all EVs in the Group by 2030.

Salzgitter will also develop innovations in process, design and chemistry. VW is planning production capacity of up to 40 GWh per year at Salzgitter.

“Northvolt Zwei is one of the most exciting industrial projects to be introduced into Germany today; one that provides a symbol of the new direction that the nation’s automobile industry is taking,” said Fredrik Hedlund, CEO of the joint venture and former chief strategy officer of Northvolt.

Matthias Braun, head of digitalisation and concept development at VW Group Logistics, and Lars Bäumann, executive advisor at VW Group, will be speaking at the forthcoming Automotive Logistics and Supply Chain Europe Live conference, which takes place on April 20 and 21. There will also be data and insight on the EV battery supply chain.

Together, VW and Northvolt are also expanding capacity at the Northvolt Ett gigafactory in Sweden to achieve further economies of scale, reduced complexity and a better environmental footprint for the battery products made there.

“Volkswagen will continue to deepen the collaboration and partnership with Northvolt,” said Thomas Schmall, CEO of Volkswagen Group Components and board member for technology. “They are one of our key battery suppliers as we make the transition to electric mobility – and there is potential to expand this partnership even further.”

VW is aiming to gradually reduce battery costs in entry-level segment vehicles by up to 50% and in the volume segment by up to 30%.

“We will use our economies of scale to the benefit of our customers when it comes to the battery too,” said Schmall. “On average, we will drive down the cost of battery systems to significantly below €100 per kWh. This will finally make e-mobility affordable and the dominant drive technology.”

The production of battery cells there for VW Group contracts is set to commence in 2023 and will be expanded gradually to an annual capacity of up to 40 GWh. 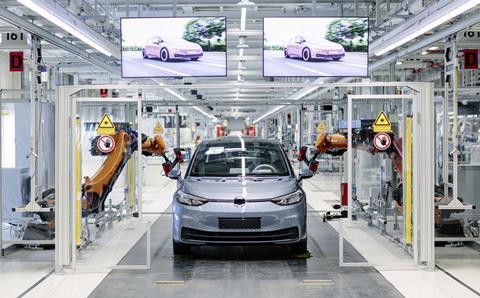 The VW ID.3 is produced in Zwickau and Dresden

VW plans to have 22m EVs built off its electric platform over that period and is part of a strategy that anticipates an annual demand of more than 150 GWh of batteries from 2025 in Europe.

VW’s investments with Northvolt are part of wider plans to build a further six gigafactories by 2030 with a total production capacity of 240 GWh to secure battery supply in partnership model. VW said it was considering further potential partners and sites for these other factories, including possible locations in Spain, Portugal and France, as well as in central and eastern Europe. The plan could potentially increase overall battery capacity in Europe by 25%.

Automotive from Ultima Media forecasts that global battery cell production capacity will grow to nearly 2,900 GWh by 2030. While China is expected to remain the largest market, Europe is forecasted to see the fastest growth in the coming years, outpacing North America.

Currently VW Group Components is building batteries at its Brunswick plant for onward delivery to its Zwickau plant in Germany, which is assembling the ID.3 and ID.4 pure EVs. Zwickau and Dresden were the first exclusively EV production plants in the VW network. The carmaker will also start building the ID.4 at its Emden plant in Germany and at its Chattanooga plant in the US next year, although the battery supply for the latter remains in doubt following the US International Trade Commission’s ban on SK Innovation.

Read about the logistics supporting the EV production at Zwickau