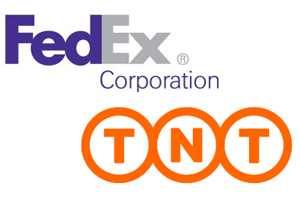 Global courier FedEx has officially completed its takeover of European rival TNT Express following approval by European regulators in January this year. The buyout, which is worth around €4.4 billion ($5 billion), means FedEx adds a leading ground network distribution service for customers.

FedEx will move its European headquarters to Hoofdoorp in The Netherlands, which is where TNT Express has been based. FedEx’s global headquarters are in Memphis, Tennessee.

According to David Binks, president of FedEx in Europe, the deal is “a strong fit”, and the company expects to benefit from a European express delivery market worth €53 billion ($60 billion). That market will be fed by a booming e-commerce sector growing by 15% per annum and estimated to be worth €600 billion by 2017, said Binks. Business-to-business (B2B) is also expected to be a sector with opportunity for further growth.

“With the combination of our air express network and the road networks that TNT have, and also many of the domestic services that TNT have around Europe, there is the opportunity for us to combine the express capabilities and road based capabilities to give customers more choice, faster delivery or, if they prefer for parcels and freight, more economic delivery,” Binks said in a press conference on Wednesday morning (May 25th).

David Bronczek, president and CEO of FedEx Express, added that its customers were always looking for a better ground network with an advantageous cost structure. He said the deal was “the best fit [FedEx] could have imagined” and pointed to the advantage of having TNT’s road network as part of its business.

“It is a low cost, high quality network that will augment everything in Europe but also every other customer around the world.”

Bronczek went on to say that the integration of services in Europe also had repercussions abroad, including in Asia-Pacific, Brazil and the Middle East. “We are going to look at how we can combine the businesses in every way around the world,” he said. That included the company’s trucking networks.

In terms of the existing hub network, which includes the FedEx hubs in Paris and Cologne, and TNT’s hub in Liege, along with other supporting facilities, Binks said the companies would now be sitting down to see how the combined business could use the hubs for greater efficiency, but that it was too early to speculate on deployment of services. However, Bronczek did confirm that the Paris hub at Charles de Gaulle airport would remain its main international hub in Europe, and that the Liege hub would also be kept.

The takeover has meant a divestment of certain assets from TNT Express. The company’s Innight service, which distributes consignments overnight, will be sold in two phases over the next six months, affecting business in Germany and the Benelux region. No financial details are available at this time, according to FedEx.

TNT Express has also sold off its airline assets, with the majority going to Irish air charger company ASL Aviation Group. FedEx acquired a limited number of 747 aircraft in support of the new business.

Both Bronczek and Binks were keen to stress that the 400,000-strong workforce were central to the company’s plans for growth, and said that FedEx would grow the business in an expanding market, which would create opportunities for staff. However, they also said that the company would “work to control reductions”, suggesting that some job losses could be expected from the merger.